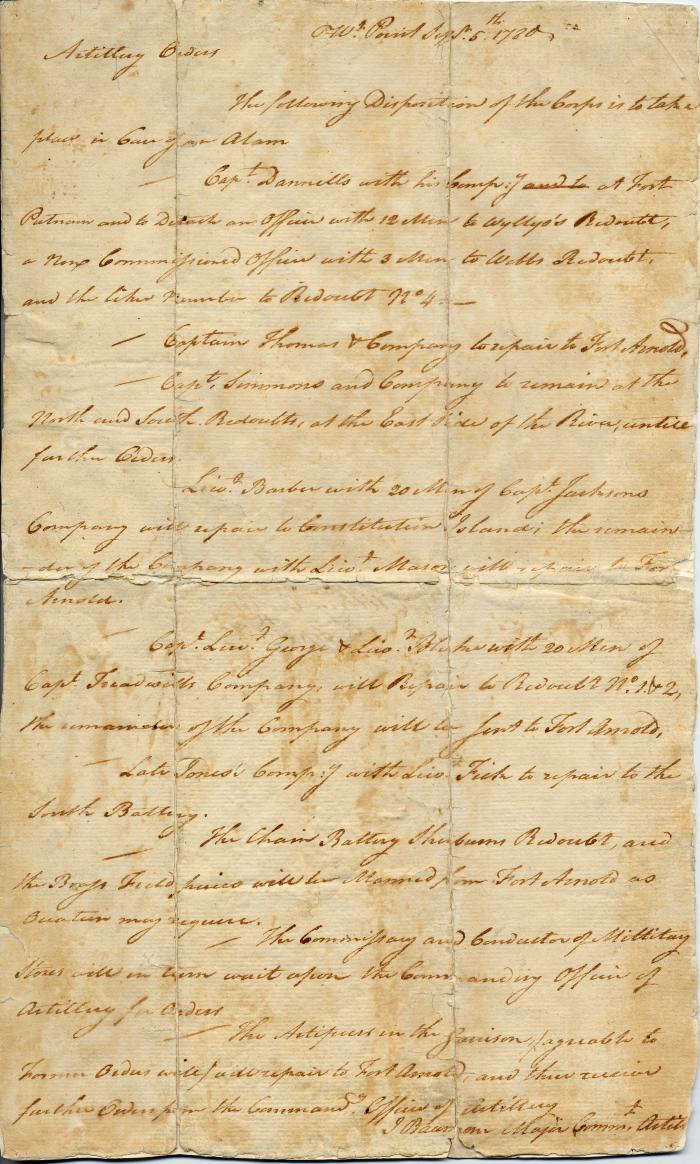 Share
Artillery orders found on British Major John André at the time of his capture by the Americans, during the American Revolution. The document describes what “takes place in case of an alarm” at the fort at West Point. This document is signed “S. BAUMAN, Major Comm’t Artillery”. Sebastian Bauman was the Artillery Commander at West Point.

Major André was working with American Major General Benedict Arnold. Arnold was attempting to help the British capture the fort at West Point. As André was heading towards the British lines with documents given to him by Arnold tucked in his boot, he was captured, near Tarrytown, on September 23, 1780.