A list of the number of men necessary for West Point, circa 1780 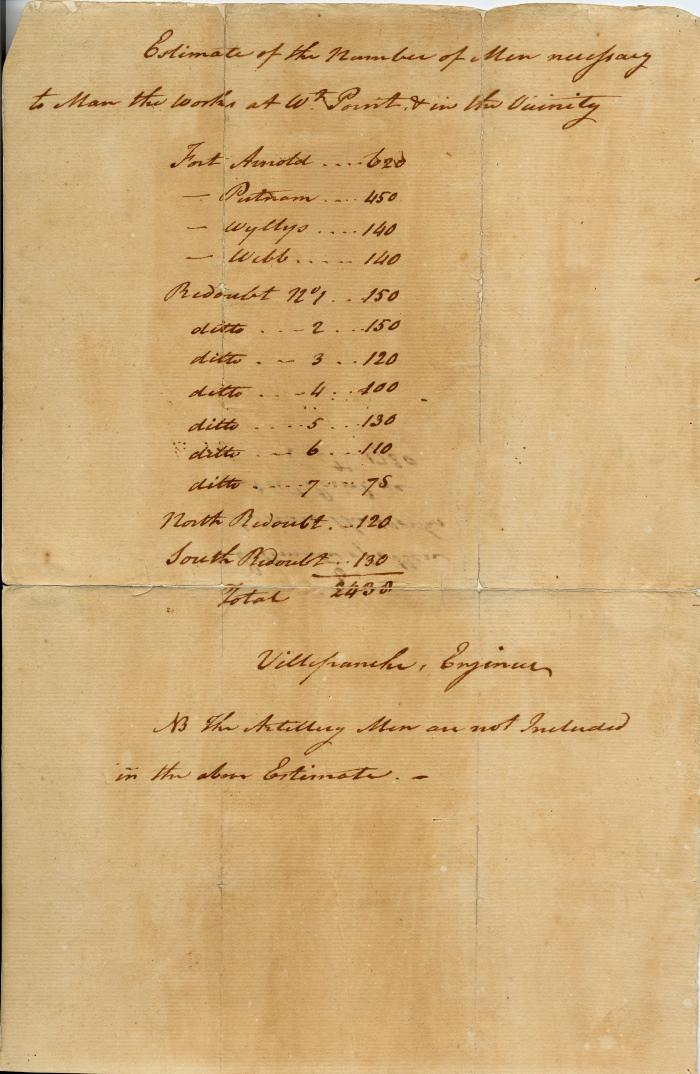 Share
A list of the number of men necessary to “man the works” at West Point found on British Major John André at the time of his capture by the Americans, during the American Revolution. The document is signed “Villefranche, engineer”. Jean-Louis Ambroise de Genton, Chevalier de Villefranche, was the chief engineer at West Point starting in 1780.

Major André was working with American Major General Benedict Arnold. Arnold was attempting to help the British capture the fort at West Point. As André was heading towards the British lines with documents given to him by Major tucked in his boot, he was captured, near Tarrytown, on September 23, 1780.

Benedict Arnold escaped to New York City, eventually commanding British troops in the American Revolution. He died in exile in London, on June 14, 1801.
Identifier
NYSA_A4681-99_Men_Necessary
Date Original
circa 1780
Source
New York State Archives. New York (State). Governor (1777-1795 : Clinton). Papers found on British spy Major Andre ("Andre Papers"), 1780. Series A4681-99, Men Necessary.
Rights
This image is provided for education and research purposes. Rights may be reserved. Responsibility for securing permissions to distribute, publish, reproduce or other use rest with the user. For additional information see our Copyright and Use Statement