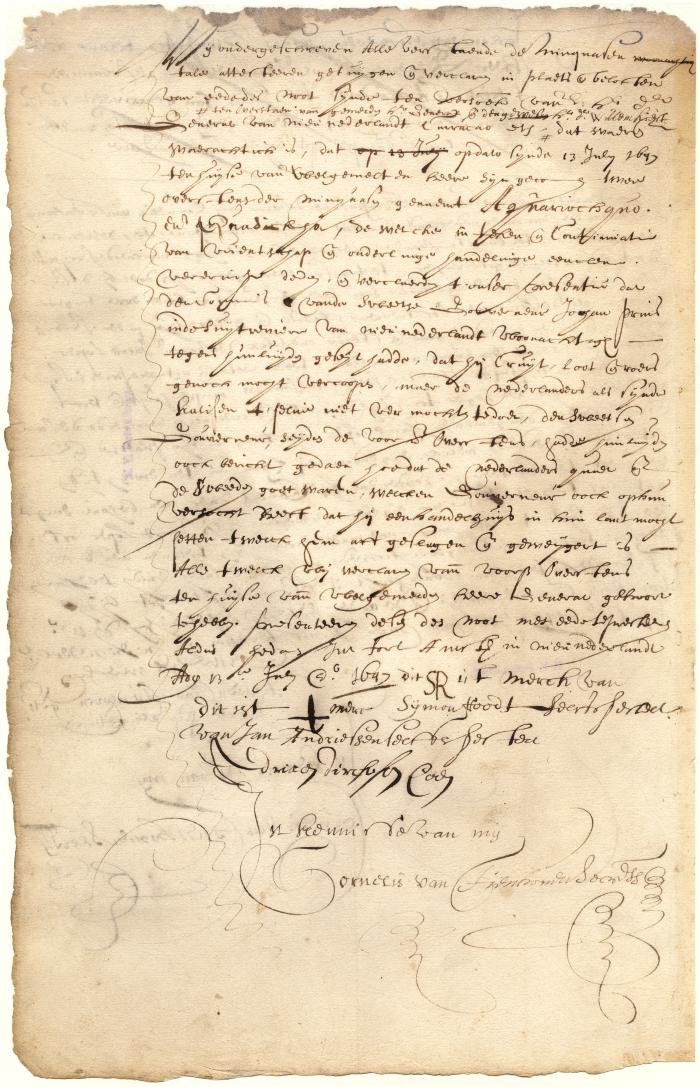 Share
Minute of an interview between director Stuyvesant and two Minqua chiefs, who declared that a Swedish commissary at the South river had, on the part of gov. Printz, offered to sell them arms and ammunition, which the Dutch were too shabby to do; and that the governor had asked permission to erect a trading house in their country. [1647]
Transcript / Translation
Identifier
NYSA_A0270-78_V2_158p
Date Original
July 13 1647
Contributor
Roodt, Symon; Andriessen, Jan; Coen, Adriaen Dircksen
Source
New York State Archives. New York (Colony). Secretary of the Province. Register of the Provincial Secretary, 1642-1660. Series A0270-78. Volume 2, document 158n-o - 158p, side 2.
Rights
This image is provided for education and research purposes. Rights may be reserved. Responsibility for securing permissions to distribute, publish, reproduce or other use rest with the user. For additional information see our Copyright and Use Statement
Special Project
Mutual Cultural Heritage Project