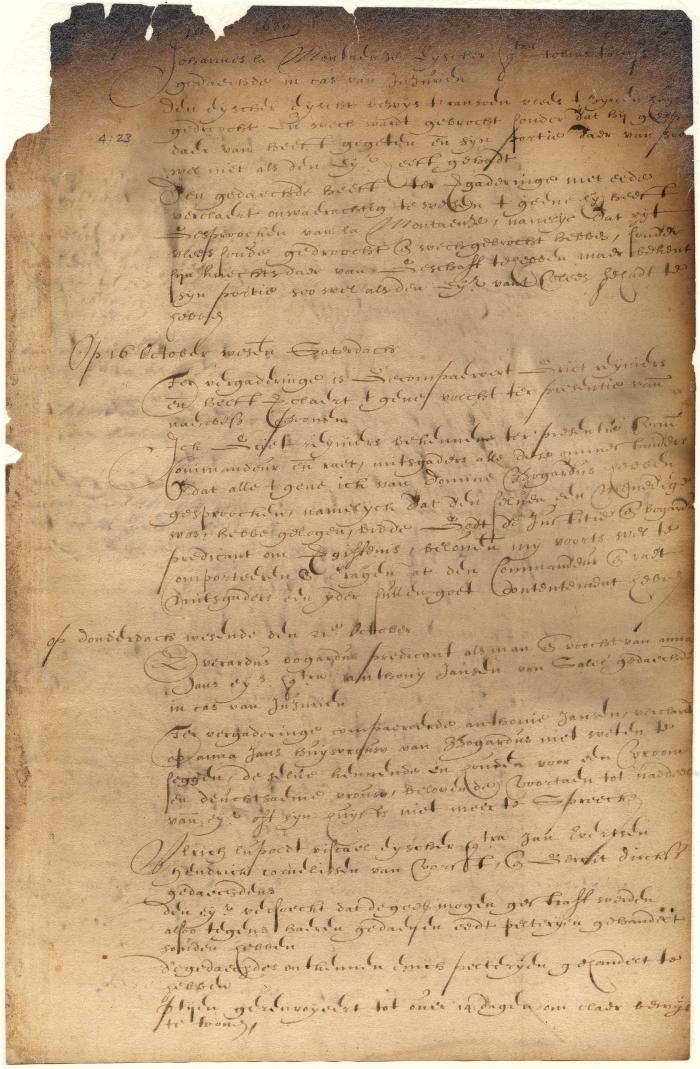 Share
Court proceedings. Fiscal Lupold vs. Anthony Jansen from Salee, husband of Grietje Reiners, prosecuted for slandering rev. Mr. Bogardus ; sentence, said Grietje is to stand in fort Amsterdam, and publicly to declare, at the ringing of the bell, that the minister is an honest and honorable man ; to acknowledge that she lied falsely, and to pay costs, and 3 guilders to the poor ; her husband, Anthony, is bound over to keep the peace towards Mr. Bogardus, and to pay a fine of 12 guilders. Tobias Tonissen and William Fredericksen vs. Johannes la Montagne, in a suit to make void a contract entered into by plaintiffs with Gerard de Foreest, defendant's uncle, to work for him or his agent ; judgment for defendant. Johannes la Montagne vs. Tobias Teunissen, slander ; defendant declares upon oath that what he said of Mr. la M. was untrue, viz., that he had dried the meat, and then had it removed without his servant's having eaten any of it. (cont'd) [1638]

Court proceedings. Minute that Grietje Reiners had appeared in court, and declared in the presence of the commander and council, and all the bystanders, that her assertion that the rev. Mr. Bogardus was a perjurer, is a lie ; begging pardon of God, the court and minister, and promising to comport herself in future so as to satisfy the authorities. [1638]