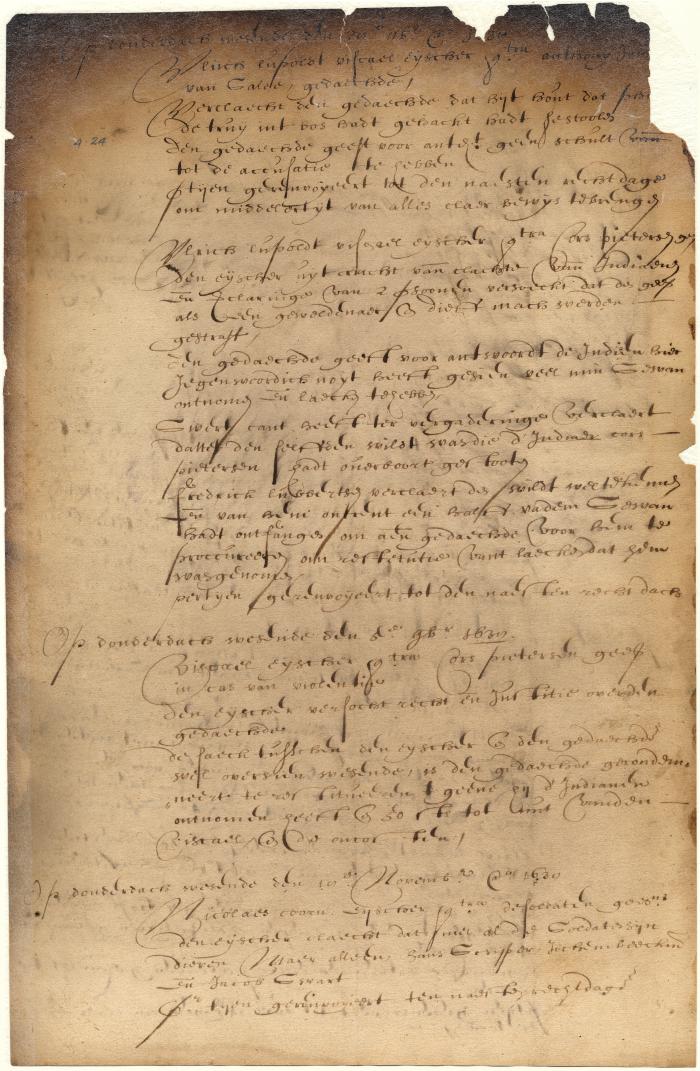 Court proceedings. Fiscal vs. Cors Pietersen, as above ; prisoner sentenced to make restitution and fined 50 stivers and costs. [1638]