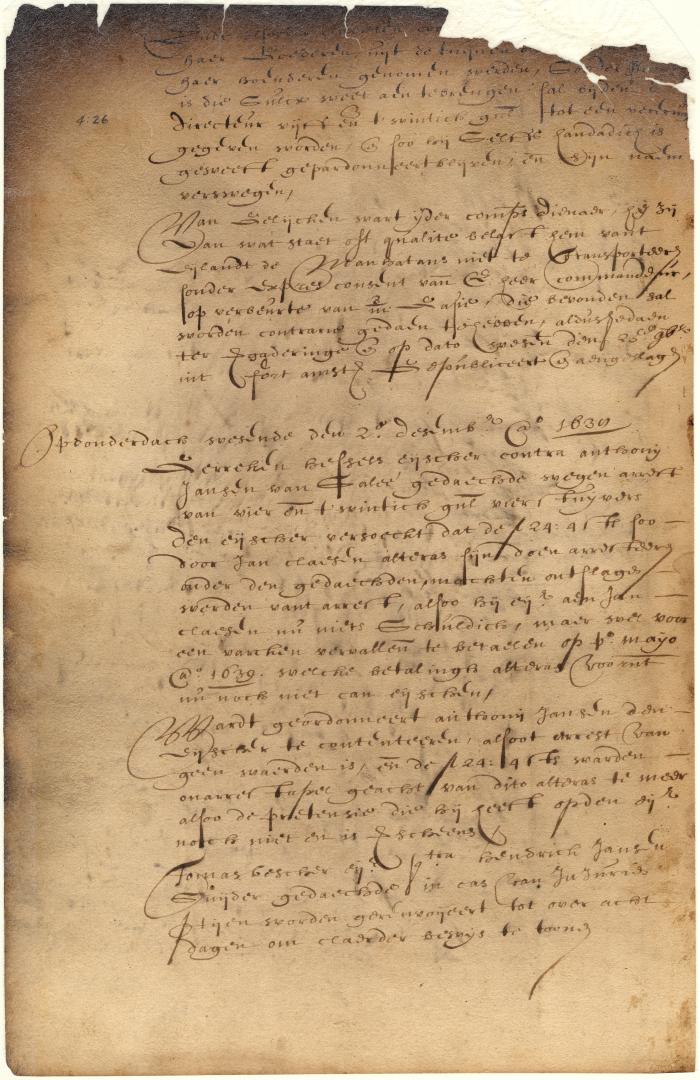 Share
Court proceedings. Gerreken Hessels vs. Anthony Jansen from Salee, in a case of attachment of certain moneys ; attachment declared void as the claim is not yet due. Thomas Bescher vs. Hendrick Jansen, for slander ; case continued. Fiscal vs. Gillis Pietersen, boatswain of the yacht Hope ; defendant failing to appear, it is ordered, that his name be posted on the gate of fort Amsterdam as a perjurer and villain, and all his wages be confiscated. (See supra, p. 19.) Fiscal vs. Serjeant Nicolas Coorn, on a charge of theft and fornication ; sentence, to be reduced to the ranks and to serve as a common soldier for remainder of his term. Fiscal vs. Hans Schipper and Jochem Beeckman, soldiers, on a charge of larceny ; sentence, to sit two hours each on the Wooden Horse. [1638]
Transcript / Translation
Identifier
NYSA_A1809-78_V04_p026
Date Original
December 2 1638
Language
Dutch
Source
New York State Archives. New York (Colony). Council. Dutch colonial council minutes, 1638-1665. Series A1809-78. Volume 4, page 26.
Special Project
Mutual Cultural Heritage Project