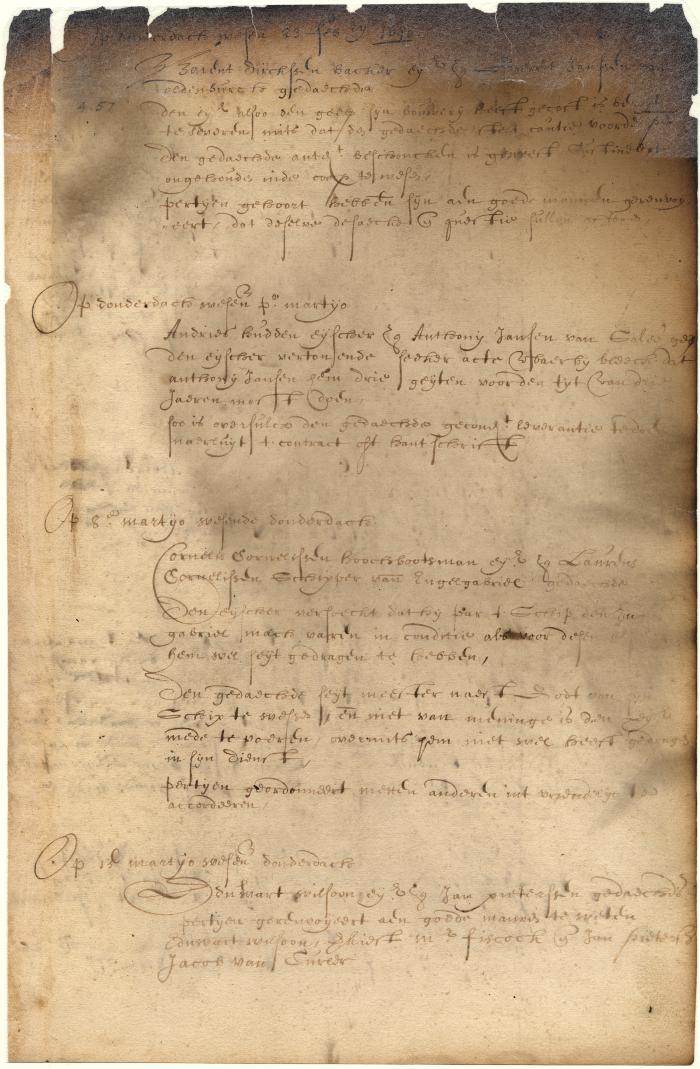 Share
Court proceedings. Barent Dircksen vs. Gerrit Jansen ; action to enforce the sale of a farm, which defendant refuses to accept, on the ground that he was drunk when he bought it ; referred to arbitration. [1640]

Court proceedings. Andries Hudde vs. Anthony Jansen, from Salee, on a contract to furnish 3 goats ; judgment for plaintiff. [1640]