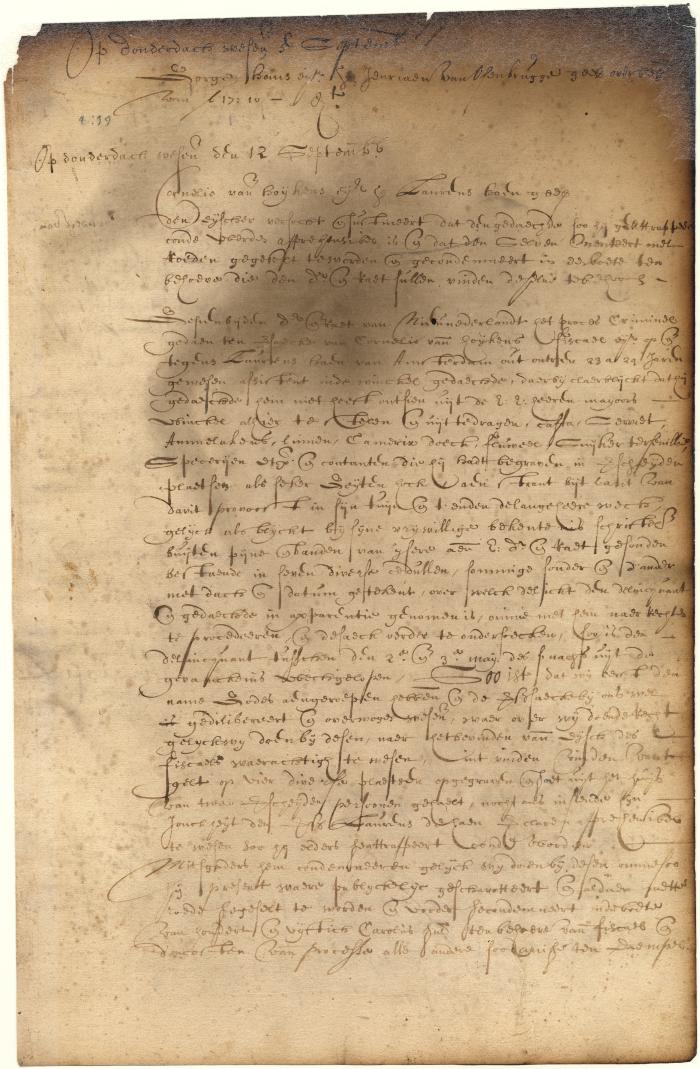 Share
Court proceedings. Fiscal vs. Laurens Haen, a fugitive from justice, on a charge of theft ; the money he stole having been found buried in four different places, and the other stolen articles in the possession of divers persons ; sentence, as if he were present, that he be publicly set up on the scaffold, and there whipped with rods, and further fined 150 carolus guilders, with costs. Isaac Allerton vs. Anthony Jansen from Salee ; action for goods sold and delivered ; judgment for plaintiff ; defendant to pay before leaving Manhattan island. Fiscal vs. the pilot and boatswain of the Angel Gabriel, smuggling ; judgment for plaintiff ; defendants to pay the duties on sugar, and fined. Fiscal vs. Ulrich Lupold ; on petition of some respectable Englishmen, praying that he may be permitted to remain here, he is allowed to do so, in order that the company may the better obtain satisfaction. Jan Damen vs. Jacob Stoffelsen ; ordered that Maryn Adriaensen and Frederick Lubbertsen declare on oath that they have no other accounts with Hendrick van Vorst than those relating to the cows they purchased from Vroutje Ides. [1641]
Transcript / Translation
Identifier
NYSA_A1809-78_V04_p099
Date Original
September 12 1641
Language
Dutch
Source
New York State Archives. New York (Colony). Council. Dutch colonial council minutes, 1638-1665. Series A1809-78. Volume 4, page 99.
Special Project
Mutual Cultural Heritage Project