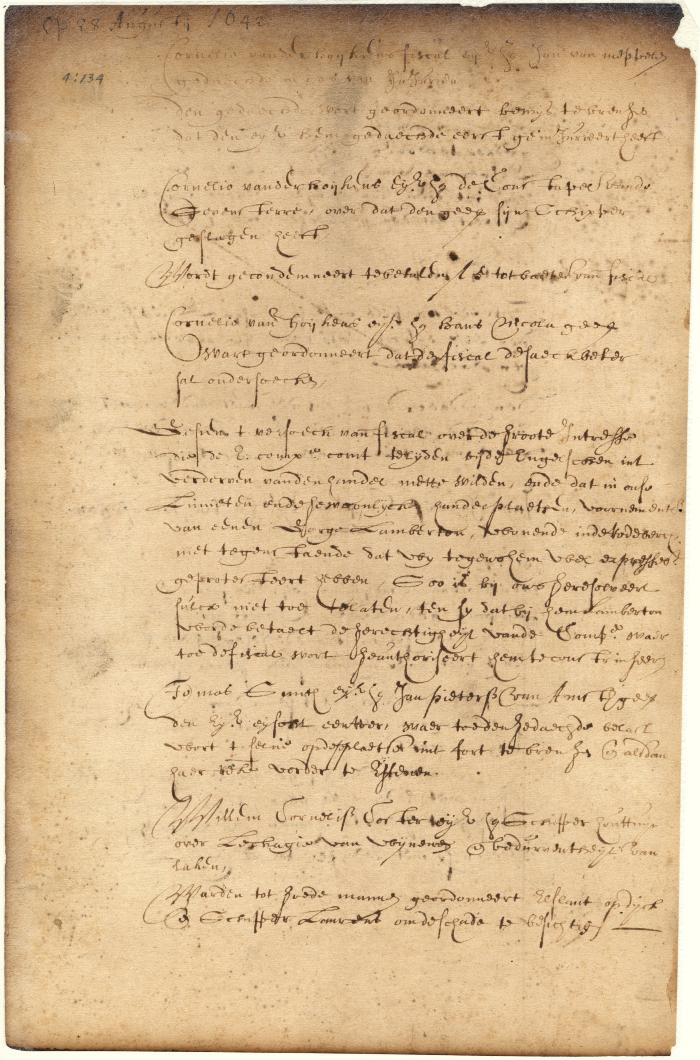 Share
Court proceedings. Fiscal vs. Uldrich Lupold, for breaking the company's seal on his chest, and taking out money ; charge denied by defendant, who, with his wife, is ordered to swear, that neither of them, nor any one with their knowledge, had committed the act. Thomas Smith vs. Jan Pietersen, action for a gun ; ordered that it be brought into court and parties then to settle their accounts. William Cornelisen Coster vs. skipper Houthuyn, for loss of wine by leakage, and for damage of goods ; referred to arbitration. [1642]