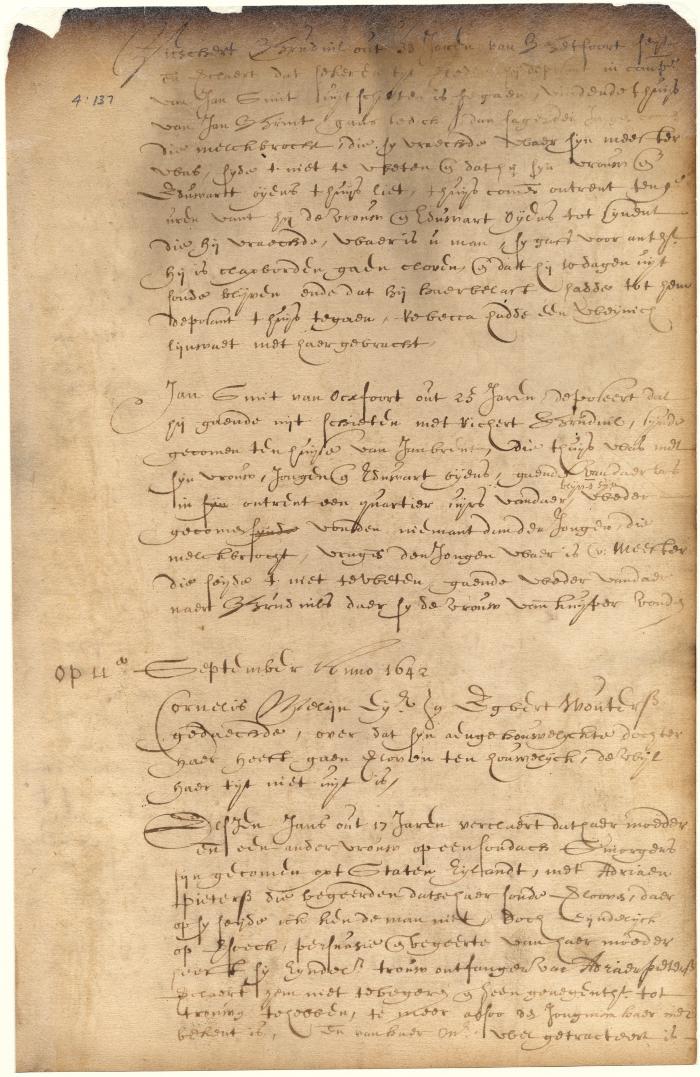 Share
Court proceedings. Cornelis Melyn vs. Egbert Woutersen, for loss of the services of defendant's daughter, who had engaged to be married before her term of service expired ; Elsje Jans, the maiden in question, testified that her mother and another woman had brought a young man to Staten Island, whom she had never seen before, and desired her to marry him ; she declined at first, as she did not know him, and had no inclination to marry, but finally consented ; she concluded by returning in court the pocket handkerchief she had received as a marriage present. [1642]
Transcript / Translation
Identifier
NYSA_A1809-78_V04_p137
Date Original
September 11 1642
Language
Dutch
Source
New York State Archives. New York (Colony). Council. Dutch colonial council minutes, 1638-1665. Series A1809-78. Volume 4, page 137.
Special Project
Mutual Cultural Heritage Project