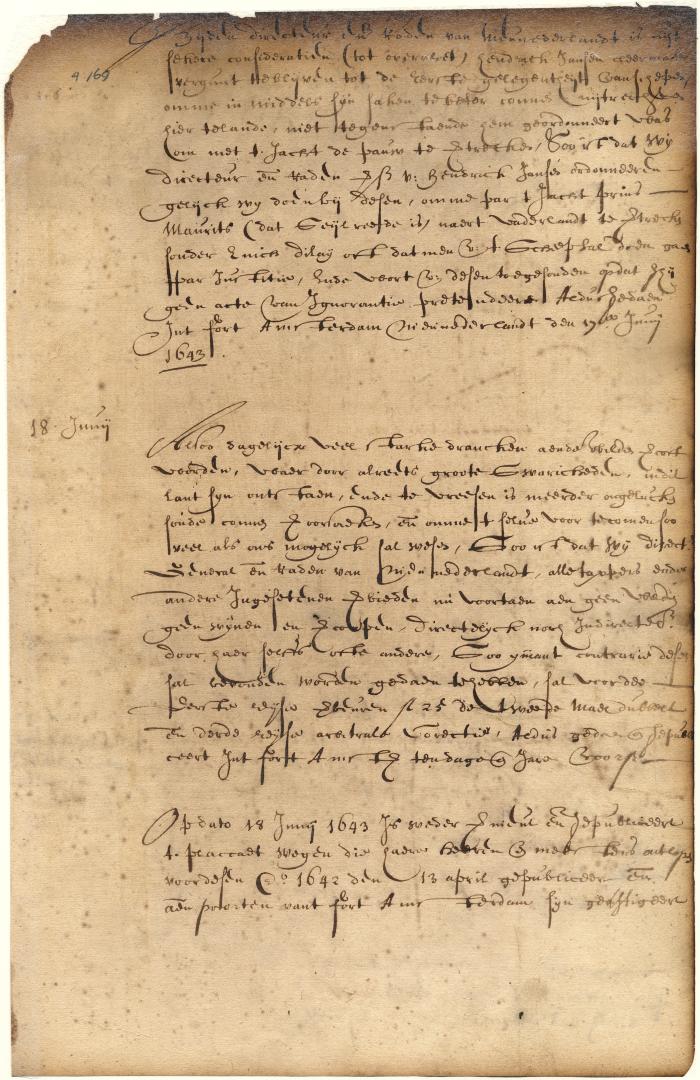 Share
Permission to Hendrick Jansen, tailor, to remain in the country to settle his affairs, until the sailing of the Prince Maurice, when he must positively take his departure. [1643]