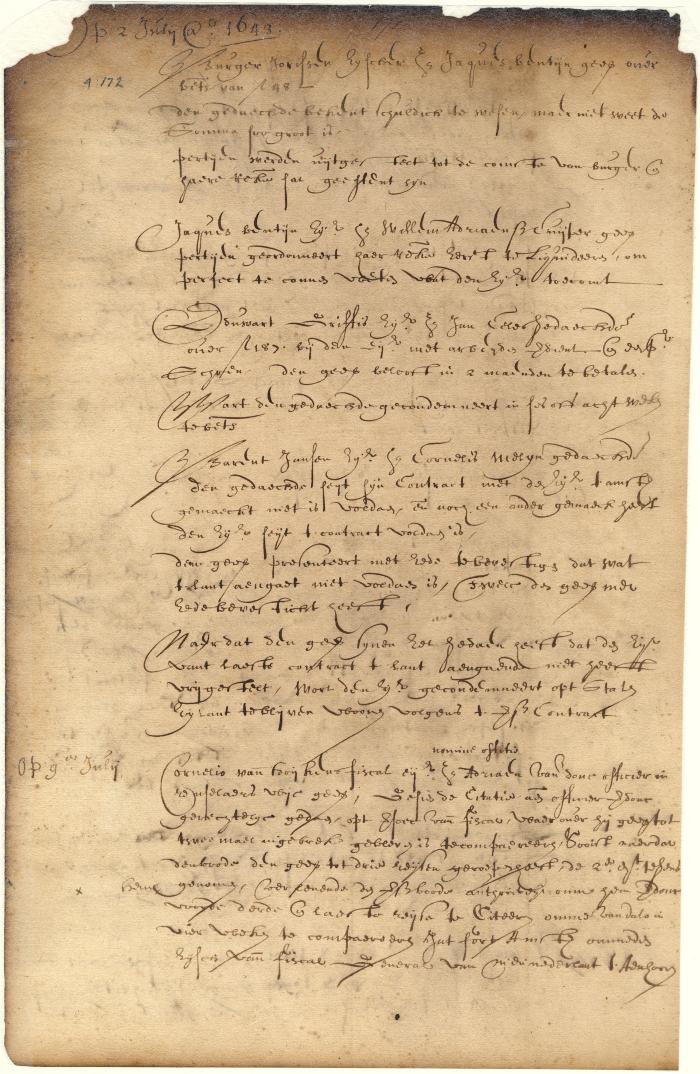 Share
Court proceedings. Various actions of debt. Barent Jansen vs. Cornelis Melyn, for breach of contract made with plaintiff at Amsterdam ; defendant makes affidavit that plaintiff had not executed his part of the contract ; judgment for defendant. [1643]