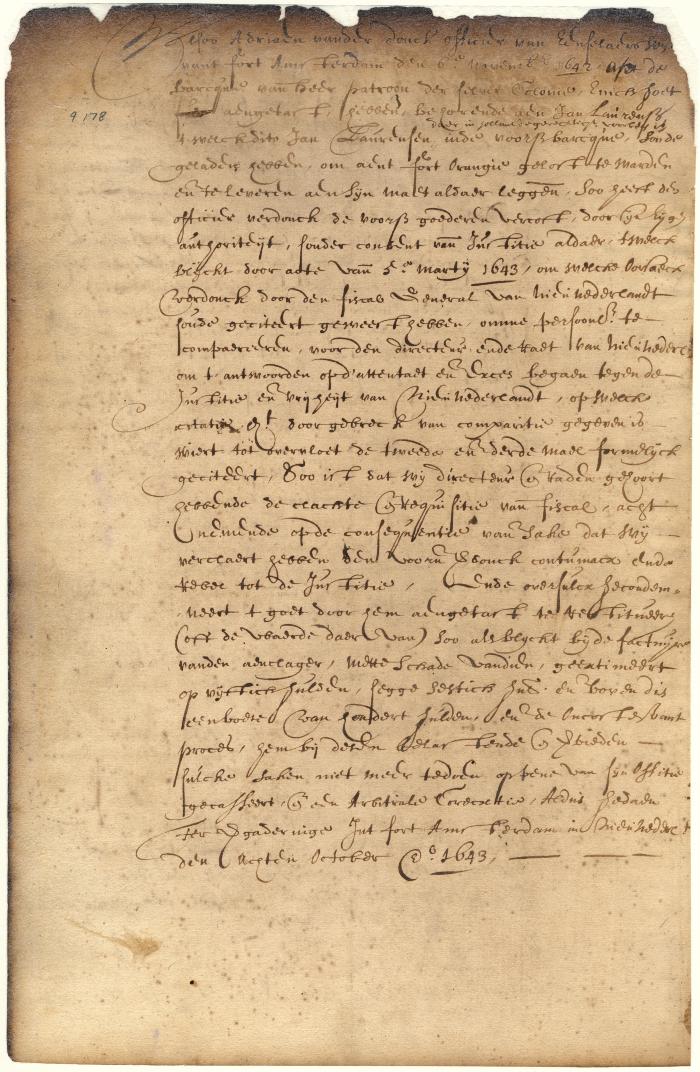 Share
Proceedings against Adriaen van der Donck, sheriff of Renselaerswyck, for having arrested, on board Mr. Van Renselaer's bark, some goods belonging to one Jan Laurensen, consigned to his partner at Fort Orange, on which the duties had been paid in Holland, and for having sold the same ; not appearing to defend himself, is declared contumax, and a rebel to justice, and condemned to restore the said goods or their value, fined 100 guilders and costs, and warned not to repeat his offense. [1643]
Transcript / Translation
Identifier
NYSA_A1809-78_V04_p178
Date Original
October 8 1643
Language
Dutch
Source
New York State Archives. New York (Colony). Council. Dutch colonial council minutes, 1638-1665. Series A1809-78. Volume 4, page 178.
Special Project
Mutual Cultural Heritage Project