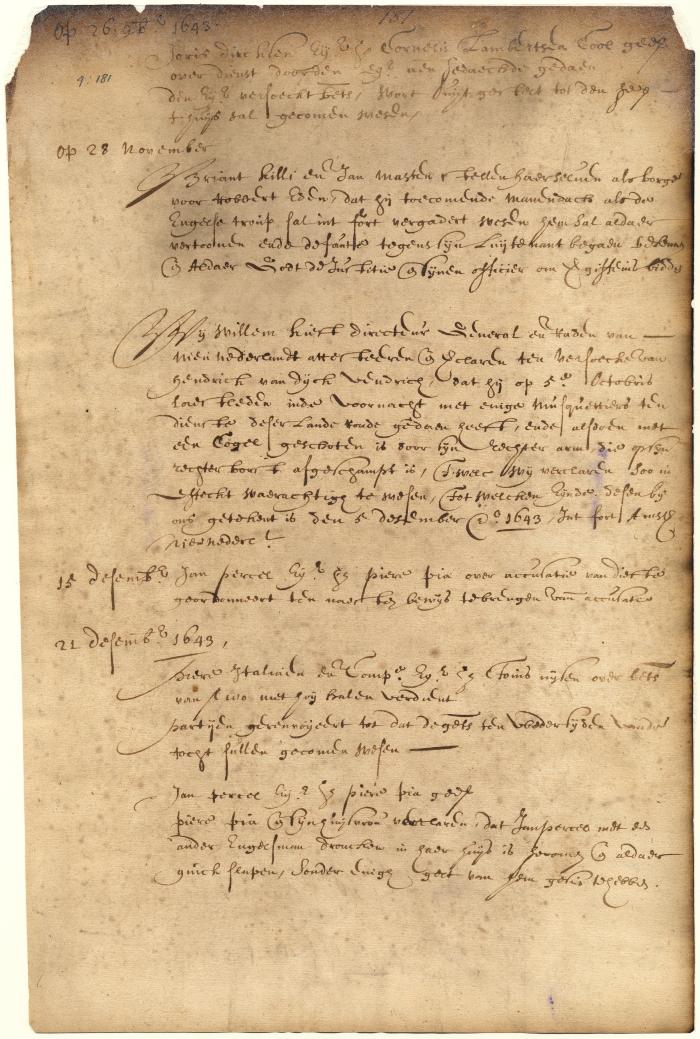 Share
Bail entered by Brian Kelly and John Masten for the appearance of Robert Eden at the fort next Monday, to apologize to his lieutenant, when the troop is paraded, for the fault he had committed, and to ask pardon of God, the court and the officer. [1643]