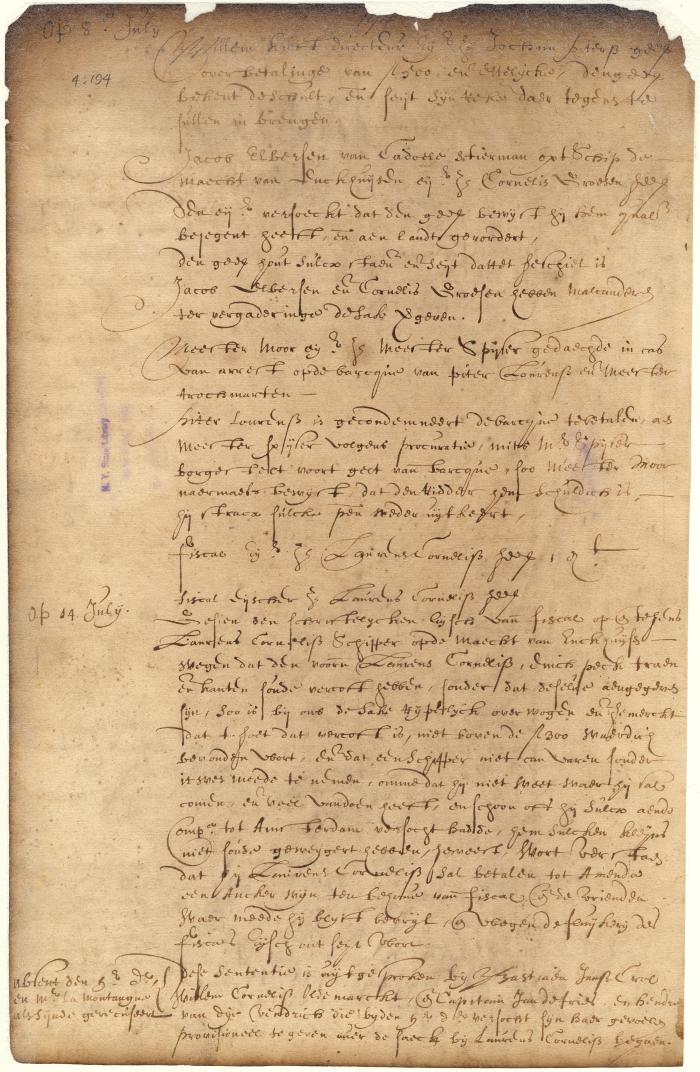 Share
Court proceedings. Peter Wolphertsen, husband of Hester Symons, vs. Thomas Sandersen, husband of Sara Cornelisen, slander ; defendant's wife declares she knows nothing against Hester Symons, and has seen nothing amiss with her, and begs her pardon if she hath ever spoken ill of her. Mr. Moor vs. Mr. Spyser, in a case of attachment on a bark belonging to Peter Lourensen and Mr. Trockmorton ; Lourensen is condemned to deliver the bark to Spicer agreeably to the power of attorney, on condition that the latter give security for the value of the vessel, in case Mr. Moor hereafter prove that the owner is indebted to him, when the money must be returned (see Vol. 2, p. 119). Condemnation of the two Spanish prizes captured by the privateer La Garce (see supra, p. 188). (cont'd) [1644]