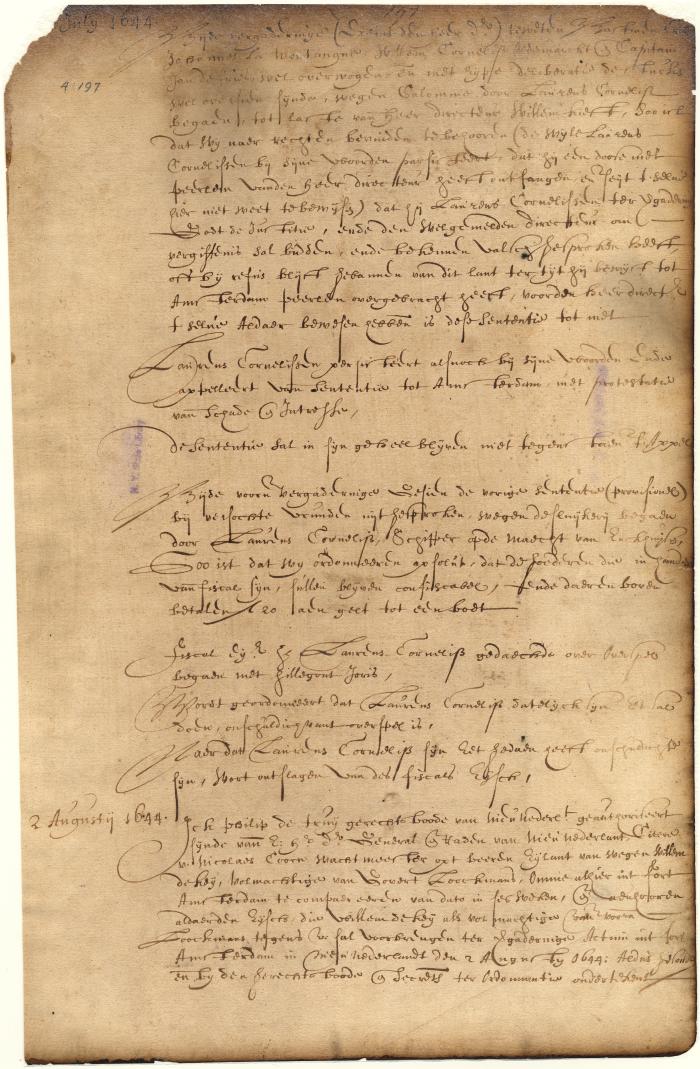 Share
Sentence of Laurens Cornelissen for calumniating the director-general, stating that he had carried a box of pearls for him to Amsterdam ; that he beg pardon of the director in open court, and acknowledge that he had spoken falsely, otherwise to be banished until he prove his assertion ; Laurens Cornelissen persists and appeals to Amsterdam, whereupon execution of the sentence is ordered, notwithstanding the appeal, and the goods, in the hands of the fiscal are confiscated. Fiscal vs. Laurens Cornelissen, for adultery with Hellegond Joris ; defendant denies the charge upon oath, and it is dismissed. [1644]