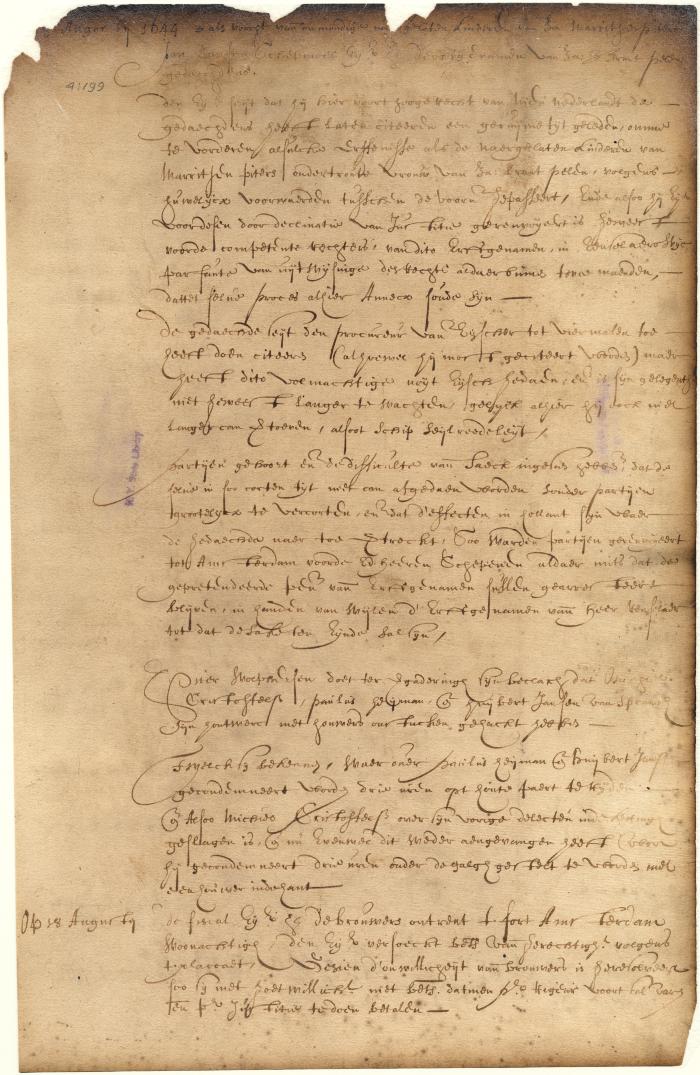 Share
Court proceedings. Jan Jansen Schepmoes vs. the heirs of late Brant Peters, for share of deceased's estate belonging to the orphan children of Maritje Peters, according to the marriage articles. This case had been referred to the court at Renselaerswyck (supra, p. 188), but no decision having been made there, plaintiff insists that it be brought again before this court ; defendant says he is about to embark for Holland ; parties referred to the court at Amsterdam, where the property lies ; meanwhile, the money claimed shall remain attached in the hands of the late Mr. Renselaer's heirs ; Peter Wolphersen (van Couwenhouven) vs. Michiel Christoffelsen, Paulus Heyman and Huybert Jansen, for cutting his wainscot with their cutlasses ; plead guilty; sentence, Heyman and Jansen to ride the Wooden horse for three hours ; Christoffelsen, being his second offense, is to stand three hours under the gallows, with a cutlass in his hand. [1644]