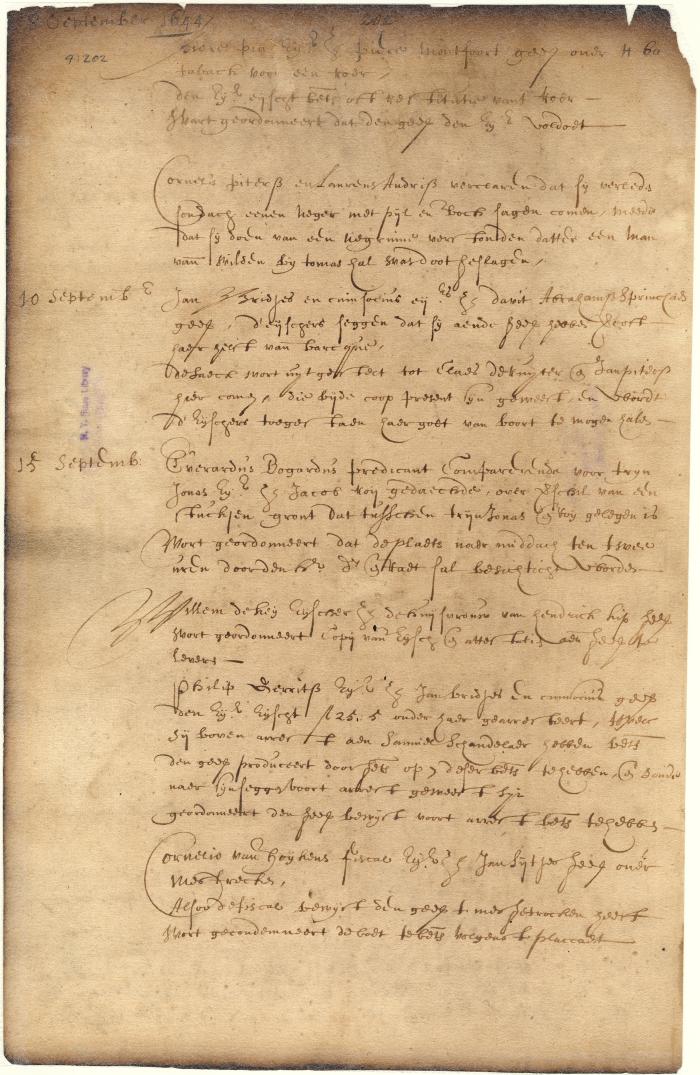 Share
Court proceedings. Various actions for debt. Declaration of Cornelis Pietersen and Laurens Andriessen, that they met a negro returning last Sunday with a bow and arrow, and were informed by a negress that a man had been killed near Thomas Hall's, by the Indians. [1644]

Court proceedings. John Bridges & Co. vs. David Abrahamsen Sprinchaes, for half their sloop which plaintiffs sold to defendant; case postponed. [1644]