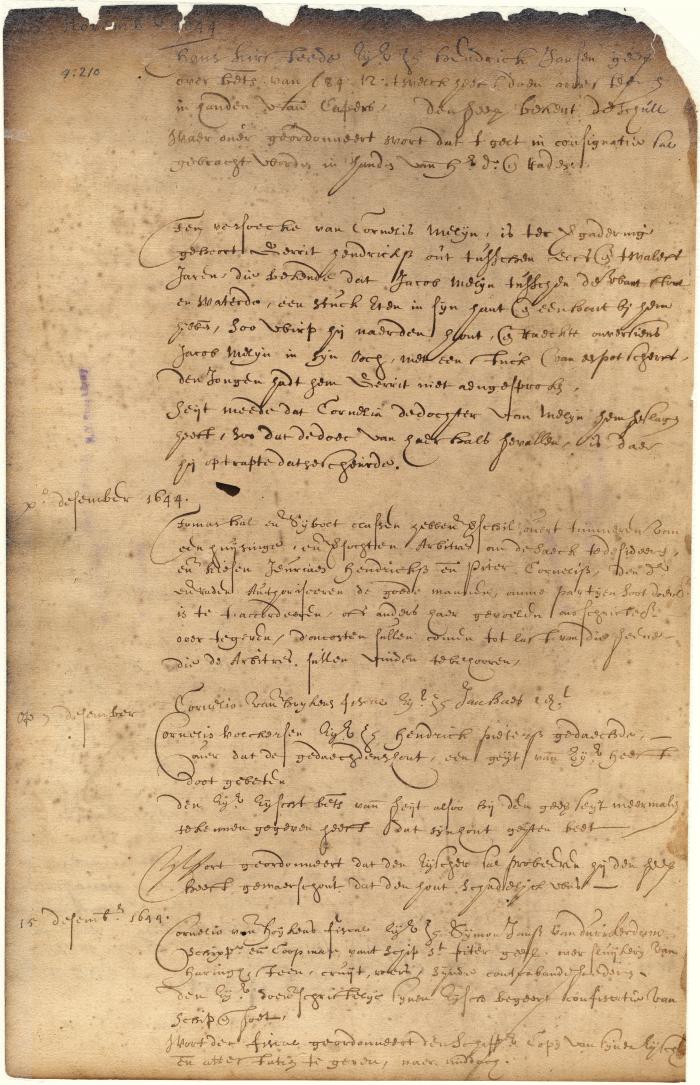 Share
Court proceedings. Fiscal vs. William Wodheyt, from Yorkshire, and Thomas Cornel, from Hertfordshire, soldiers, on a charge of desertion and theft ; the former pleads guilty to both charges, the latter to desertion only ; sentence, Wodheyt to be conveyed to the place of execution and shot to death, Cornel to be conveyed to the same place, and there fastened to a stake, and a ball fired over his head, as an example to other evil doers. Hans Kierstede vs. Hendrick Jansen, action for moneys attached ; judgment for plaintiff ; ordered that the moneys be deposited in court. (cont'd) [1644]

Declaration. Gerrit Hendricksen, a lad, that, throwing a piece of an earthen pot at a dog, he accidentally struck Jacob Melyn in the eye. [1644]

Appointment of arbitrators to determine a difference between Thomas Hall and Sybout Claesen, about the building a house. [1644]