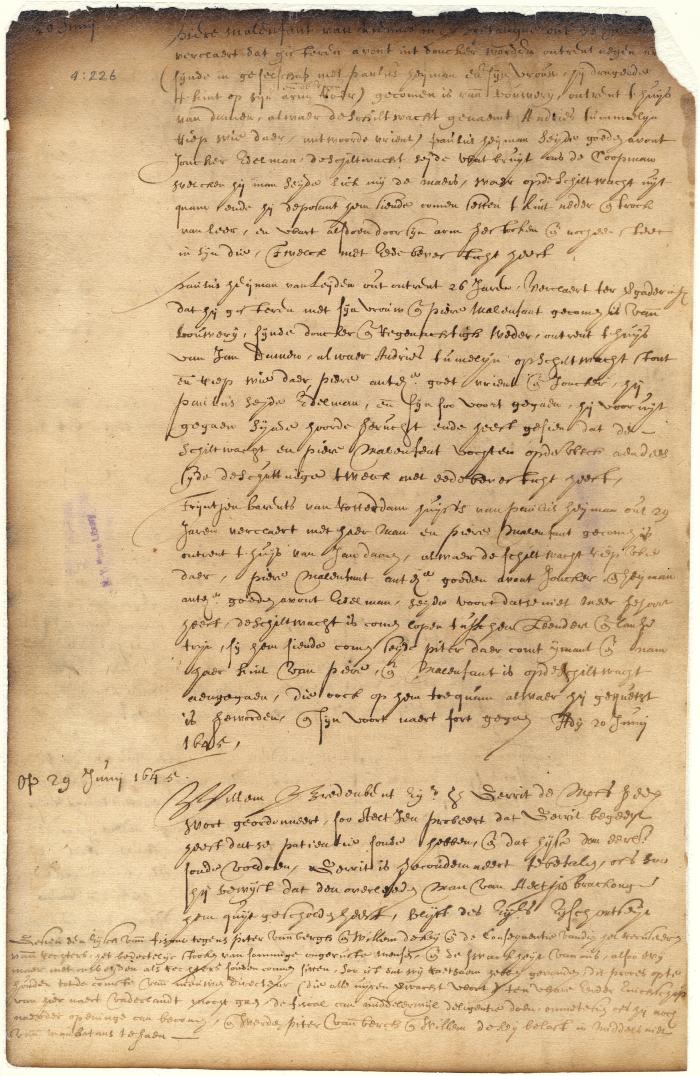 Share
Affidavits. Of Pierre Malenfant from Rhemes, Paulus Heyman from Leyden, and Tryntje Barents, his wife, that they were returning from the bouwery on Manhattan island, and were challenged by the sentinel as above stated, when some bantering words were exchanged, and one of the party told the sentry to kiss his ----- ;thereupon a collision took place, and Malenfant received a thrust of the soldier's half-pike in his arm and thigh. [1645]

Court proceedings. Fiscal vs. Peter van den Bergh and William de Key ; in consequence of the challenge of some of the judges, the clandestine insinuations of some restless people, and the small number of the bench, which consists of only two councillors, this case is deferred until the arrival of the new director, who is hourly expected ; meanwhile, defendants are not to leave the Manhattans. [1645]
Transcript / Translation
Identifier
NYSA_A1809-78_V04_p226
Date Original
June 20 – 29 1645
Language
Dutch
Source
New York State Archives. New York (Colony). Council. Dutch colonial council minutes, 1638-1665. Series A1809-78. Volume 4, page 226.
Special Project
Mutual Cultural Heritage Project