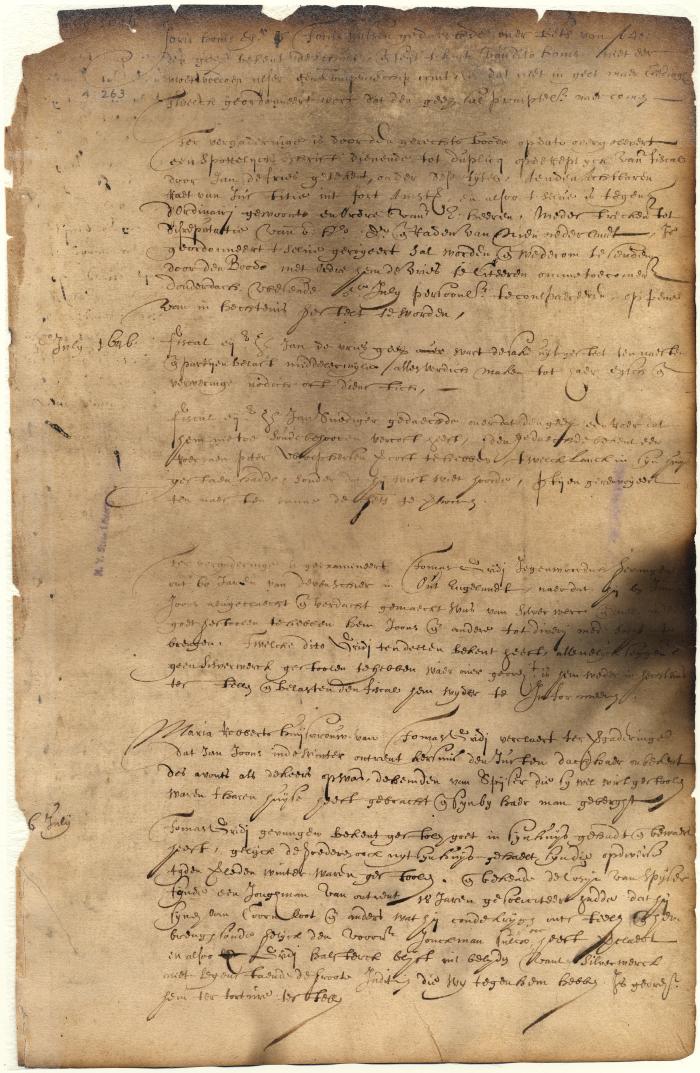 Order of court on a derisive and disparaging writing, purporting to be a rejoinder to the fiscal's reply, signed by Jan de Fries, and addressed "To the Worshipful Court of Justice in fort Amsterdam ;" that it be erased, and returned to De Fries, who is summoned to answer. [1646]

Court proceedings. Examination of Thomas Gridy, of Devonshire, Eng., a prisoner accused of having stolen silver ware and other articles, and of having endeavored to entice John Jones and others to steal ; prisoner remanded. Declaration of Maria Roberts, that John Jones had brought shirts, that had been stolen from Spicer, to her house, and that her husband, Thomas Gridy, had received them. [1646]