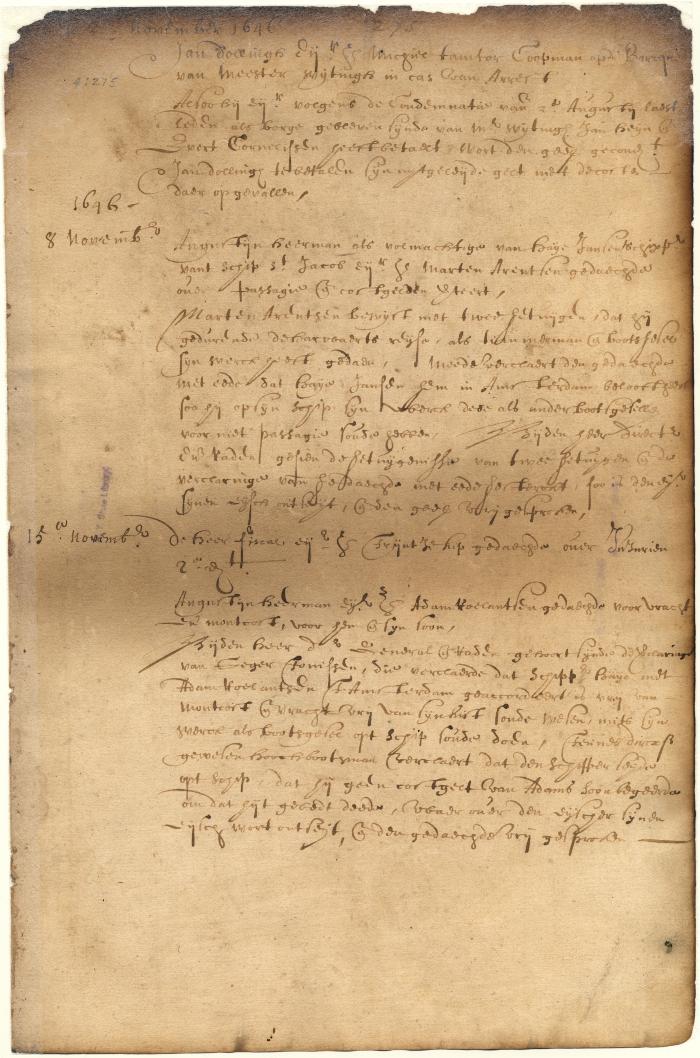 Court proceedings. Augustyn Heerman, attorney for Haye Jansen, skipper of ship St. Jacob, vs. Martin Arentsen ; action to recover passage money and board ; defendant proves that he worked as carpenter and seaman during the voyage hither, in return for which he was to have his passage ; judgment for defendant. [1646]

Court proceedings. Augustyn Heerman vs. Adam Roelantsen, for the passage and board of himself and son ; defendant proves that skipper Haye gave him his passage on condition that he worked as a seaman, and allowed his son his board because he said prayers ; judgment for defendant. [1646]
Transcript / Translation
Identifier
NYSA_A1809-78_V04_p275
Date Original
November 2 – 15 1646
Language
Dutch
Source
New York State Archives. New York (Colony). Council. Dutch colonial council minutes, 1638-1665. Series A1809-78. Volume 4, page 275.
Special Project
Mutual Cultural Heritage Project