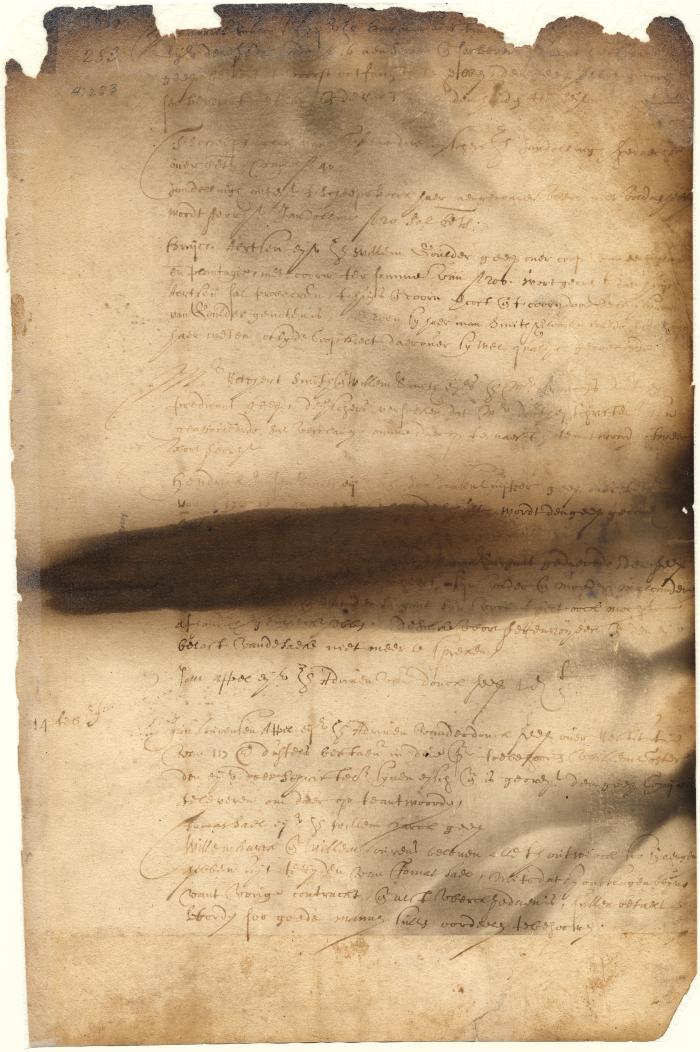 Share
Court proceedings. The crew of the Amandare vs. John Dolling, action of debt ; defendant says the crew did not perform the work they had agreed to do ; judgment for plaintiffs. Huyck Aertsen vs. William Goulder, for purchase of a house and plantation, with corn ; ordered that plaintiff prove the sale of the house and corn, and that Goulder's wife received the corn ; also, that he had asked her, when she lost her husband, Smith, whether she held to the bargain, which she took amiss. Richard and William Smith vs. rev. Francis Douthy ; plaintiffs demand that the defendant declare, in writing, who are his partners ; ordered accordingly. Elcke Jansen vs. Gerrit Douman ; defendant proves that plaintiff had said the father and mother robbed each other ; case dismissed, and plaintiff ordered not to talk any more about it. [1647]