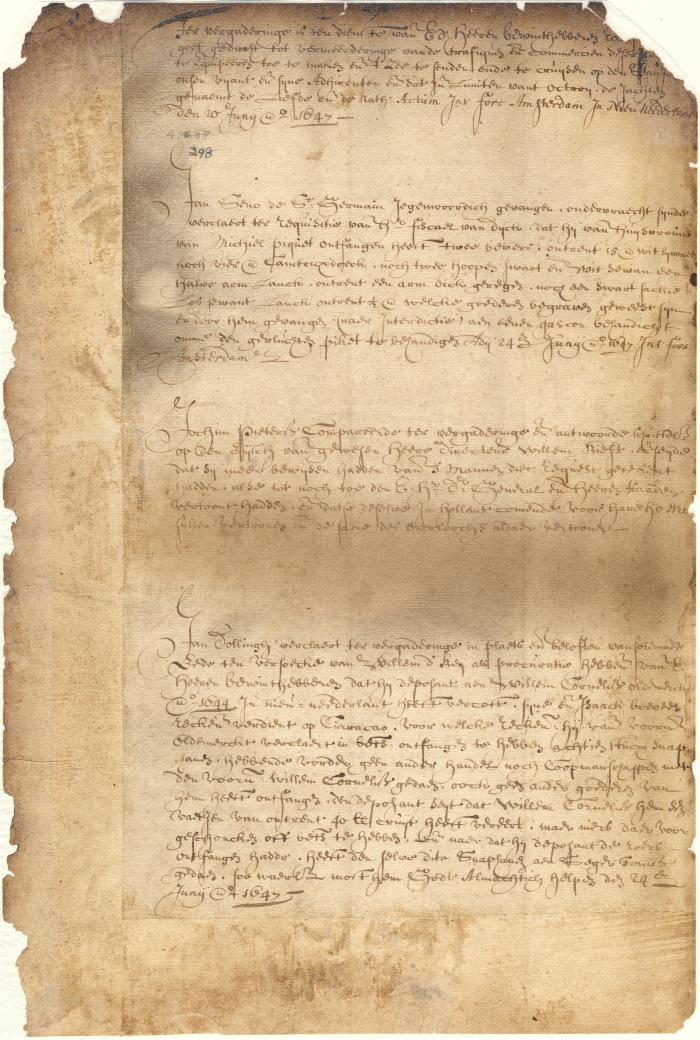 Share
Resolution. To send the ships Love and Cat on a cruise against the Spaniards and their adherents within the limits of the W. I. Co.'s charter. [1647]

Minute. Of the filing, by Jochim Pietersen (Kuyter), of his answer to the complaint of ex-director Kieft, adding that he has other proofs respecting the origin of the (Indian) war, which he will produce before their High Mightinesses, the States-General. [1647]