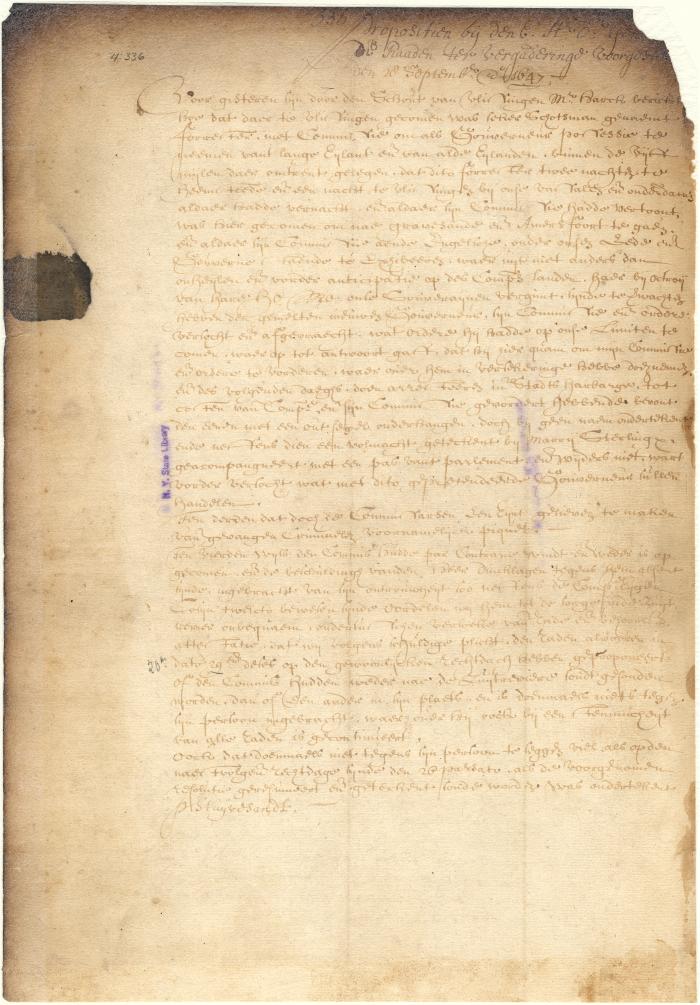 Share
Propositions of director Stuyvesant, setting forth that a Scotchman, named Forrester, had visited Flushing and Heemsteede, with a commission signed Mary Sterling, accompanied by a pass from the Parliament, claiming Long island and all the islands within five miles thereof ; that he came to New Amsterdam to demand director Stuyvesant's commission, and was arrested in the city tavern ; inquiring what is to be done with this pretended governor, what conclusion has been come to in regard to Picquet, and stating the re-appointment of commissary Hudde, who had been forced by contrary winds to return to New Amsterdam. [1647]
Transcript / Translation
Identifier
NYSA_A1809-78_V04_p336
Date Original
September 28 1647
Language
Dutch
Source
New York State Archives. New York (Colony). Council. Dutch colonial council minutes, 1638-1665. Series A1809-78. Volume 4, page 336.
Special Project
Mutual Cultural Heritage Project