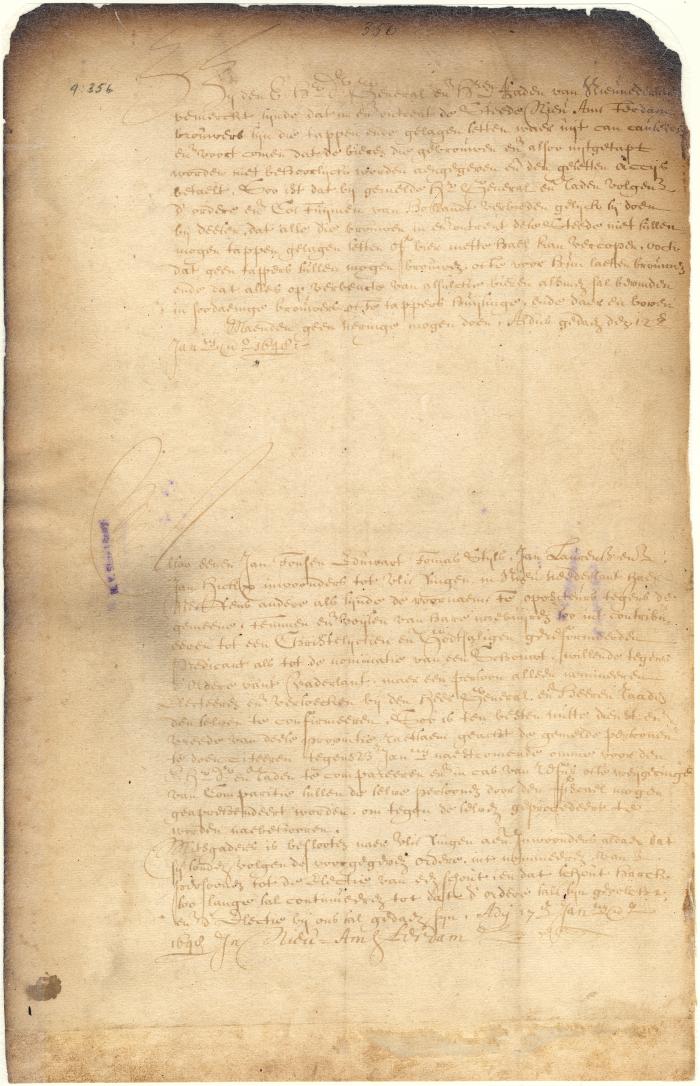 Share
Ordinance. Forbidding brewers to tap or retail beer, and tavern keepers to be brewers. [1648]

Order. To John Tonsen and others of Flushing, to appear before the council and show cause why they refuse to contribute to the support of a minister, and oppose the nomination of a sheriff, and to the inhabitants to proceed to a nomination for such officer. [1648]
Transcript / Translation
Identifier
NYSA_A1809-78_V04_p356
Date Original
January 12 – 17 1648
Language
Dutch
Source
New York State Archives. New York (Colony). Council. Dutch colonial council minutes, 1638-1665. Series A1809-78. Volume 4, page 356.
Special Project
Mutual Cultural Heritage Project