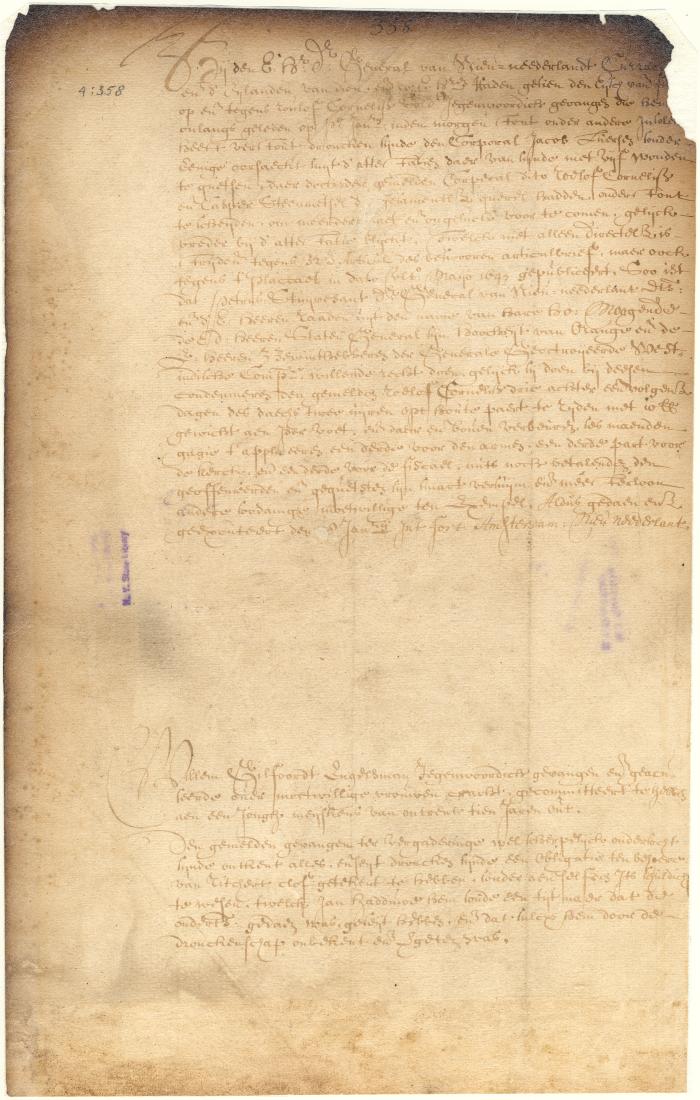 Share
Sentence. Rouloff Cornelissen, a soldier, for wounding the corporal, to ride the Wooden horse two hours a day for three days, with a ten pound weight fastened to each foot, to pay the surgeon's bill, and to forfeit six months' wages. [1648]