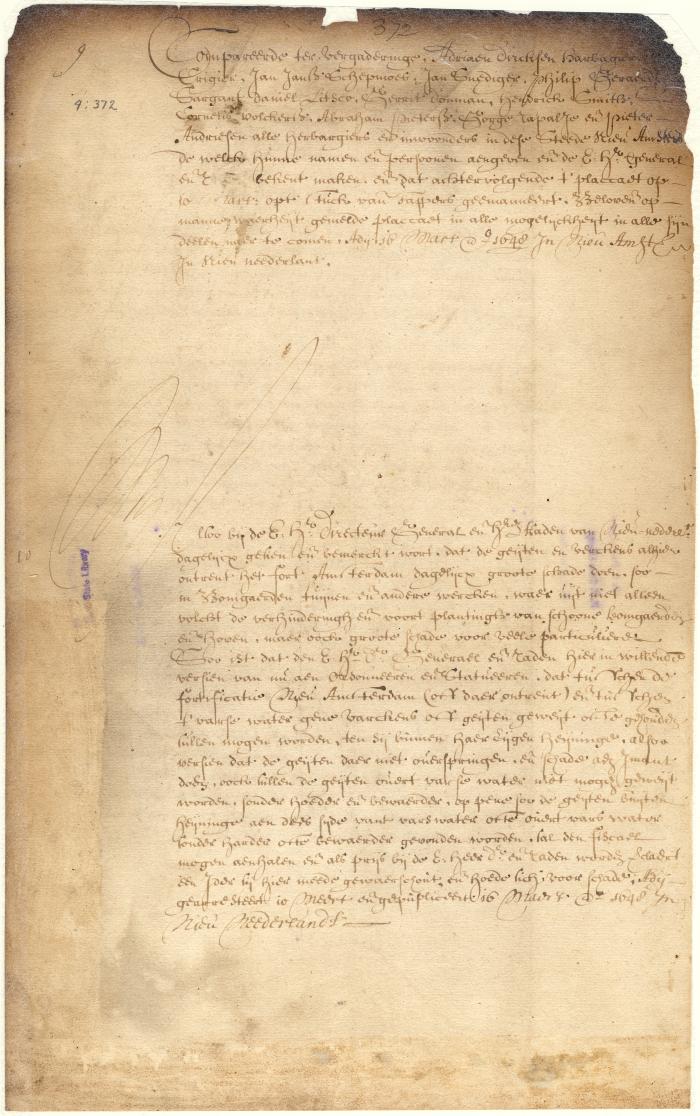 Share
Ordinance. Against allowing goats and hogs to go at large in New Amsterdam, and directing that goats beyond the Fresh water be attended by a herdsman. [1648]