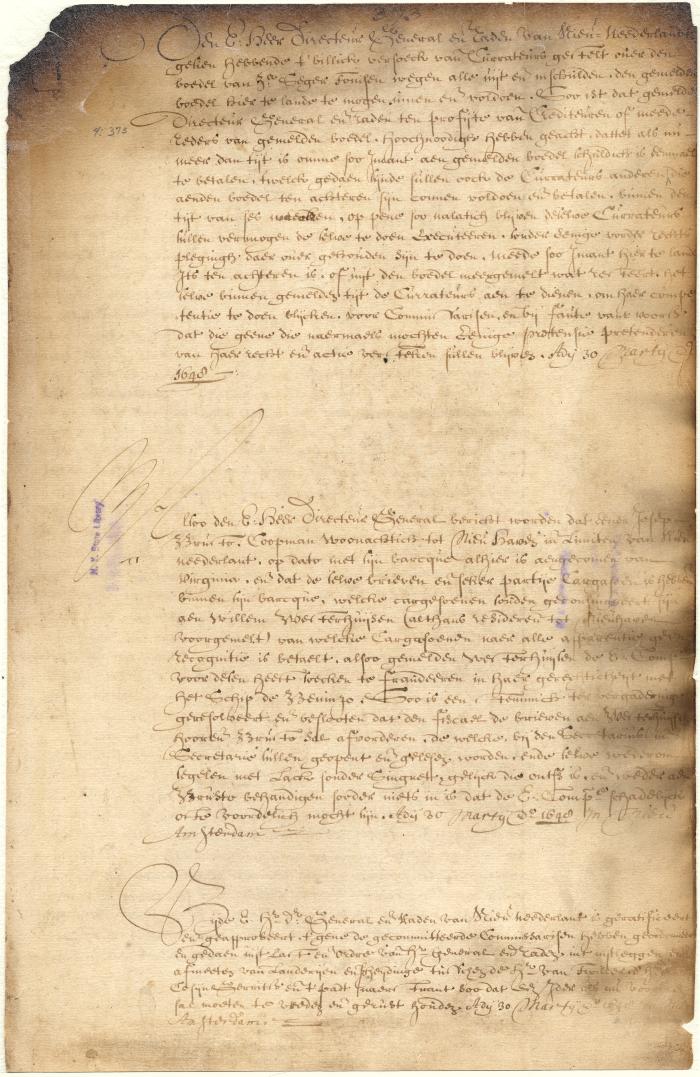 Share
Order. On the petition of the curators of the late Seger Teunissen's estate, calling on all debtors to pay what they owe, and the creditors to file their claims. [1648]

Order. For the seizure and examination of letters addressed to Mr. Westerhouse, in the hands of Joseph Brusto (Brewster), of New Haven, merchant, recently arrived with his vessel at New Amsterdam. [1648]