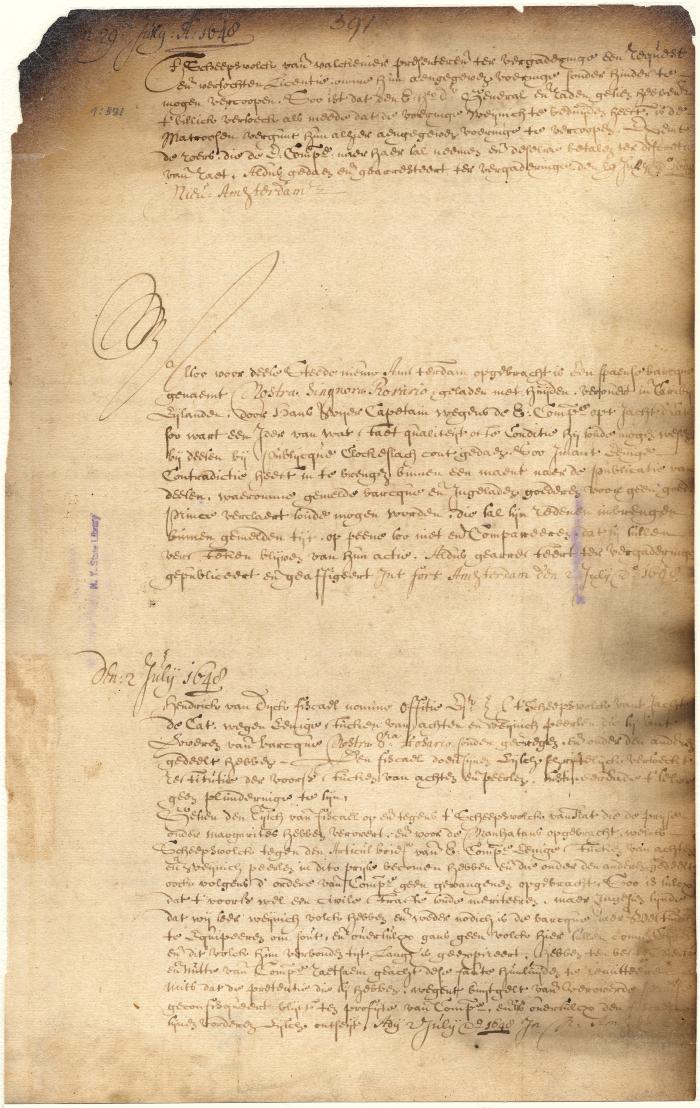 Share
Permit. To the crew of the Falconer, to sell such part of the cargo as belongs to them, on payment of the duty. [1648]

Notice. To all parties concerned, to show cause, within a month, if any they have, why the Spanish bark, Nostra Signora Rosario, captured by the Cat, and brought into New Amsterdam, should not be declared a good prize. [1648]

Judgment. In the case of the fiscal vs. the crew of the Falconer, for having purloined some pieces of eight, and a few pearls, from the above prize, which was captured off the island of Margaritta. [1648]
Transcript / Translation
Identifier
NYSA_A1809-78_V04_p391
Date Original
June 29 – July 2 1648
Language
Dutch
Source
New York State Archives. New York (Colony). Council. Dutch colonial council minutes, 1638-1665. Series A1809-78. Volume 4, page 391.
Special Project
Mutual Cultural Heritage Project