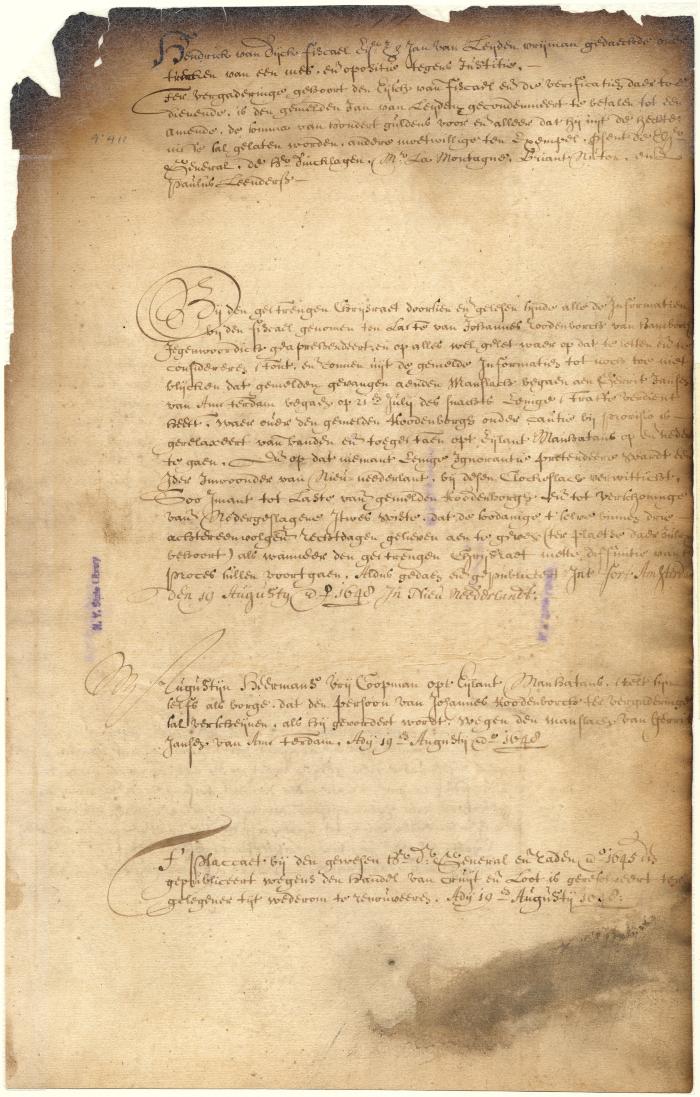 Release. Of Johannes Roodenborch, on bail, and notice to the public, by sound of the bell, to bring in any further evidence against him within three court days. [1648]