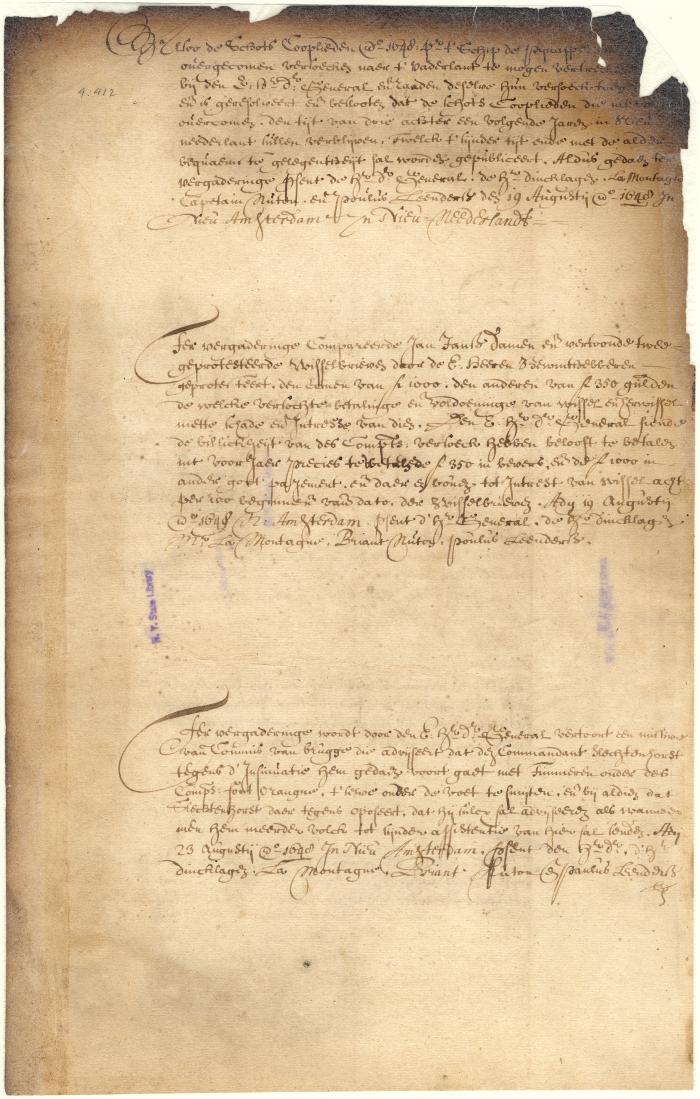 Share
Permit. To Scotch merchants to return to Fatherland, and order that those who arrive in future must remain in the country three years. [1648]