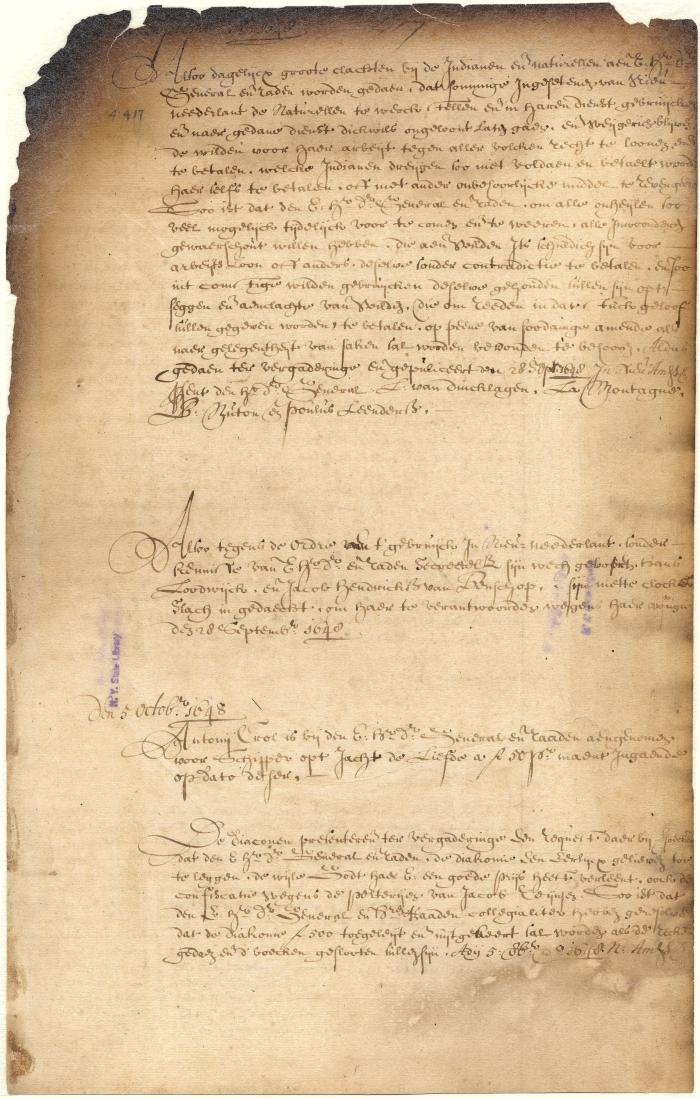 Share
Notice. To all persons employing Indians, to pay them for their labor, on pain of being fined. [1648]

Summons. To two fugitives, by ringing of the bell, to return and defend themselves from the charge of absconding. [1648]

Appointment. Anthony Crol, to be commander of the Love. [1648]