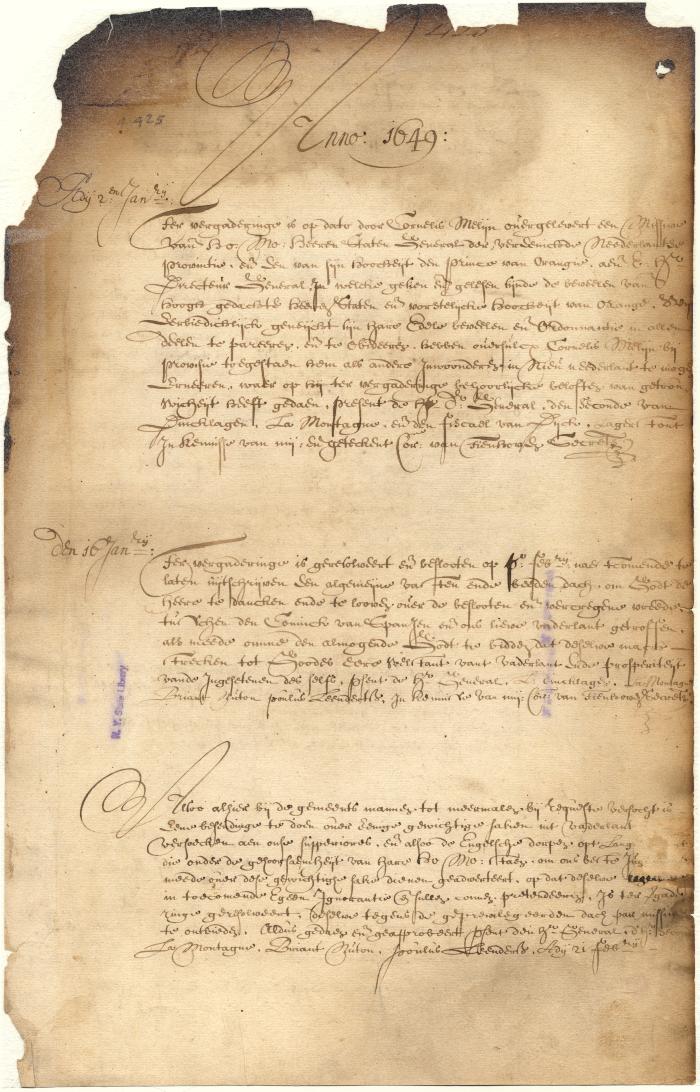 Share
Resolution. Permitting Cornelis Melyn to reside in New Netherland, in obedience to orders from the States-General and the Prince of Orange. [1649]

Resolution. Appointing the 1st of February next a day of general fasting and prayer and thanksgiving, on the conclusion of the peace between Spain and the Netherlands. [1649]