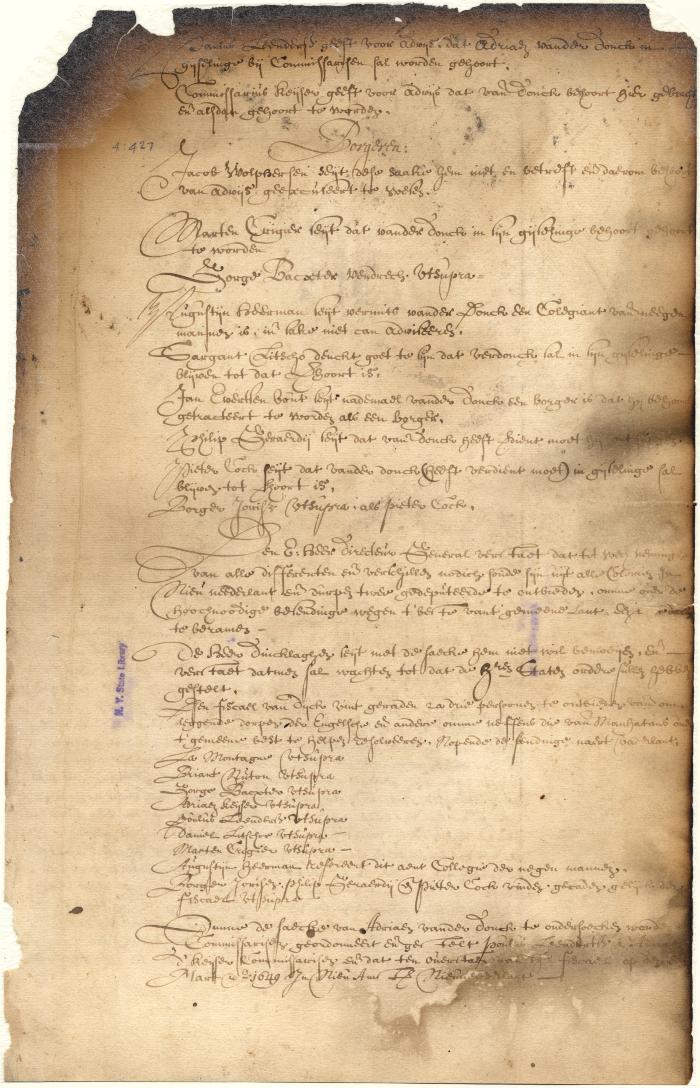 Share
Resolution. To call a general convention, to consist of two deputies from each of the colonies in New Netherland, to consider the sending of a delegation to Holland ; votes thereupon. [1649]