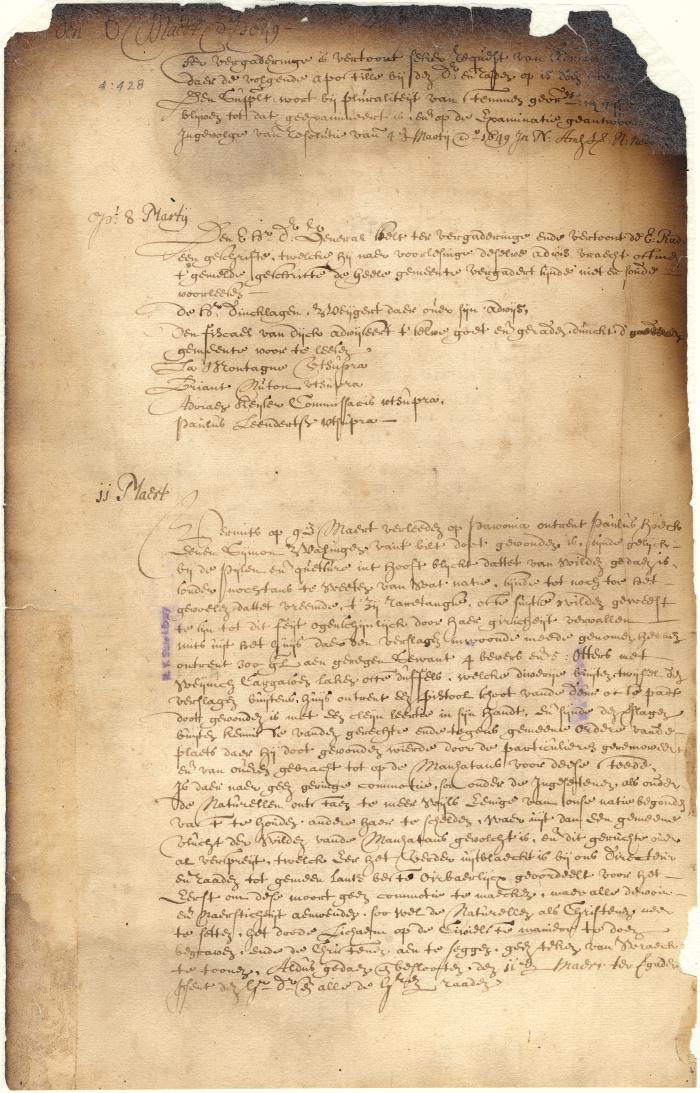 Share
Resolution. On petition of A. van der Donck, that he remain imprisoned until the above commissioners report. [1649]

Votes of the council, on the director-general asking their opinion whether he should read a writing he had drawn up, to a meeting of the commonalty. [1649]