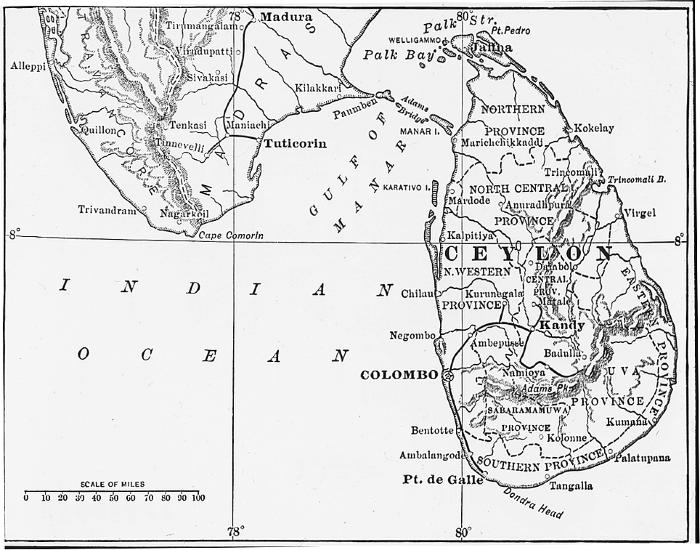 Share
Map of Ceylon (Sri Lanka) and the southern tip of India, including the state of Madras. This image was taken from F.C. Penfield's East of Suez, originally used with permission of the publishers, Century Co. Colonized by numerous peoples, the island has had several different names over the centuries. Persian traders called the island Serendip, and the Greeks called the island Sielan Diva, which the British then shortened to Ceylon. Ceylon gained its independence from the United Kingdom in 1948, but remained a dominion with a governor general serving as the Queen’s representative. In 1972, the island became a completely independent republic and changed its name to Sri Lanka, n.d.
Identifier
NYSA_A3045-78_A3436
Date
1915
Contributor
The Century Co. (publisher)
Language
English
Source
New York State Archives. New York (State). Education Dept. Division of Visual Instruction. Instructional lantern slides, ca. 1856-1939. A3045-78, A3436.
Rights
This image is provided for education and research purposes. Rights may be reserved. Responsibility for securing permissions to distribute, publish, reproduce or other use rest with the user. For additional information see our Copyright and Use Statement