Greece - Map of the Roman Empire at the Death of Augustus, 14 A.D. 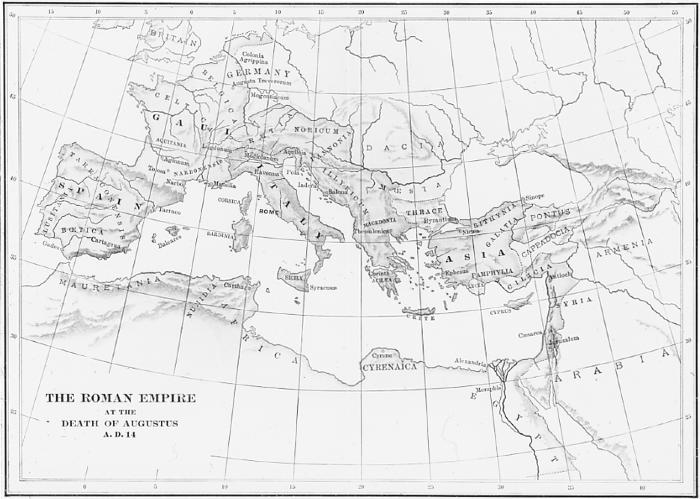 Share
“Map of the Roman Empire at the death of Augustus, 14 A.D.,” from P.V.N. Myers’ Ancient History, originally used with the permission of Ginn and Company, the publishers. The Roman Empire expanded greatly under the reign of Augustus, the first true Emperor of Rome. Roman legions defeated the Cantabri in northern Spain, established Roman rule up to the Danube and the Rhine, and took control of Armenia and Galatia in the east, n.d.
Identifier
NYSA_A3045-78_A7889
Date Original
late 1910s - late 1930s
Contributor
Ginn and Company (publishers)
Language
English
Source
New York State Archives. New York (State). Education Dept. Division of Visual Instruction. Instructional lantern slides, ca. 1856-1939. A3045-78, A7889.
Rights
This image is provided for education and research purposes. Rights may be reserved. Responsibility for securing permissions to distribute, publish, reproduce or other use rest with the user. For additional information see our Copyright and Use Statement