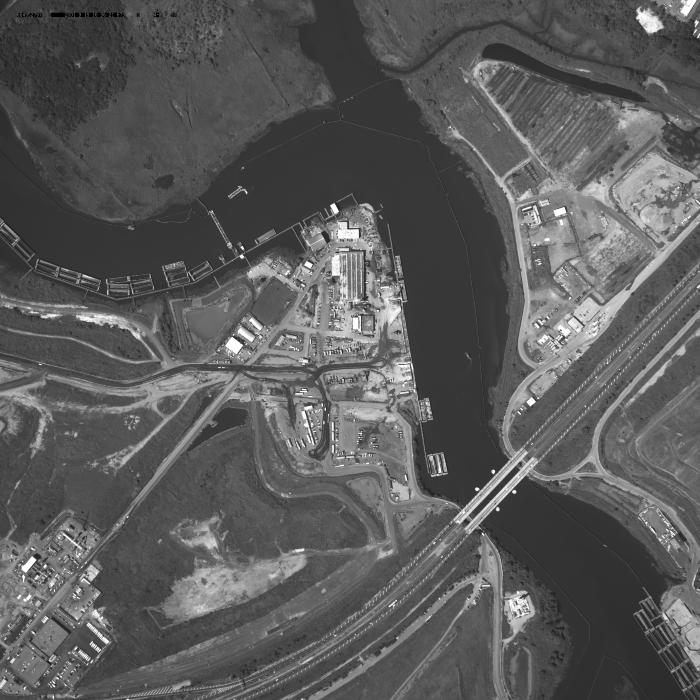 The landfill's West Mound, on which World Trade Center debris was processed, is visible toward top center of this image. Most of the debris was trucked from the World Trade Center site to Pier 25 in TriBeCa, where it was placed on barges. Magnify the center of this image to see barges, one of which was being unloaded when this photograph was taken, docked at the West Mound.
Identifier
NYSA_B1920-04_20010919_163621_006006
Date Original
September 19 2001
Contributor
Earthdata (Firm)
Language
English
Source
New York State Archives. New York (State). Office for Technology. World Trade Center geospatial data, 2001. Series B1920-04, Folder 20010919_163621, Image 006006.
Rights
This image is provided for education and research purposes. Rights may be reserved. Responsibility for securing permissions to distribute, publish, reproduce or other use rest with the user. For additional information see our Copyright and Use Statement