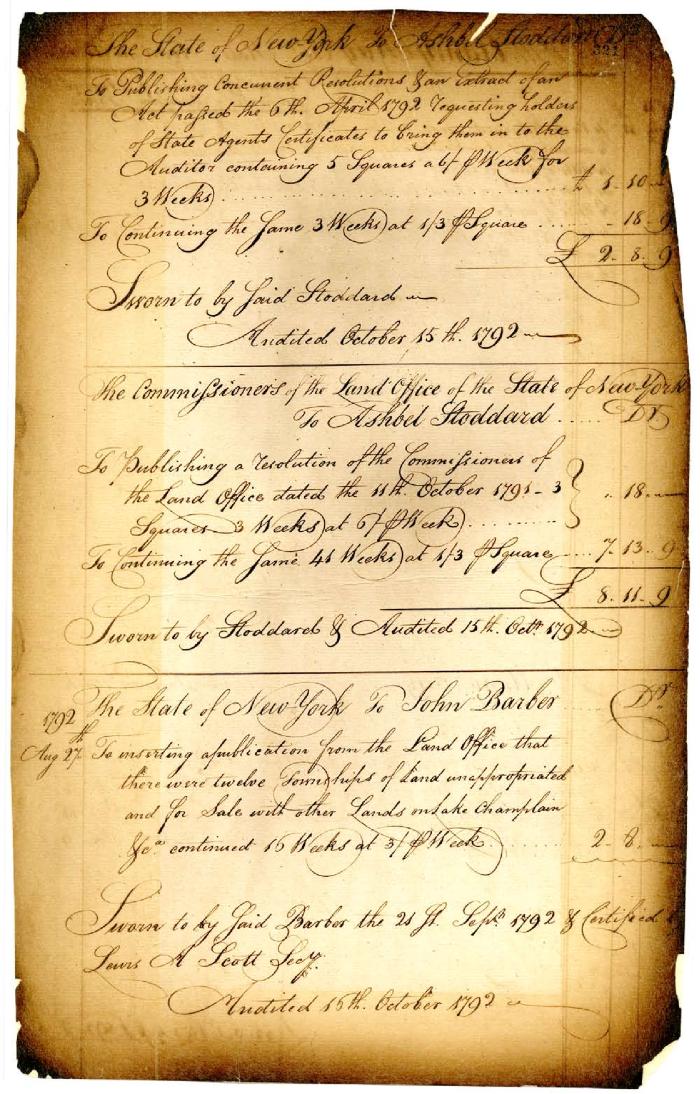 Share
Copies of accounts audited by the Auditor General for obligations incurred by the state during years 1775-1794. Entries include abstracts of pay and ration rolls for militia officers and private soldiers during the Revolutionary War. Also included are accounts for supplies purchased or requisitioned during the war; accounts for individual soldiers' back pay or for widows' pensions; accounts for loyalist lands leased or sold by the Commissioners of Forfeitures; accounts for service by members of Congress, the Committee for Detecting and Defeating Conspiracies, the Commissioners of Indian Affairs, the Surveyor-General, and other state offices; accounts of fees received by Collectors for the Ports of New York and Sag Harbour, 1780's; and accounts presented for miscellaneous services. Records damaged by 1911 Capitol fire.
Identifier
NYSA_A0870-77_BookB_Page321-340
Date Original
early 1780s - early 1790s
Language
English
Source
New York State Archives, A0870-77, Copies of accounts audited by the auditor general for bills presented to the state, 1780-1794, Book B, pages 321-340.
Rights
This image is provided for education and research purposes. Rights may be reserved. Responsibility for securing permissions to distribute, publish, reproduce or other use rest with the user. For additional information see our Copyright and Use Statement