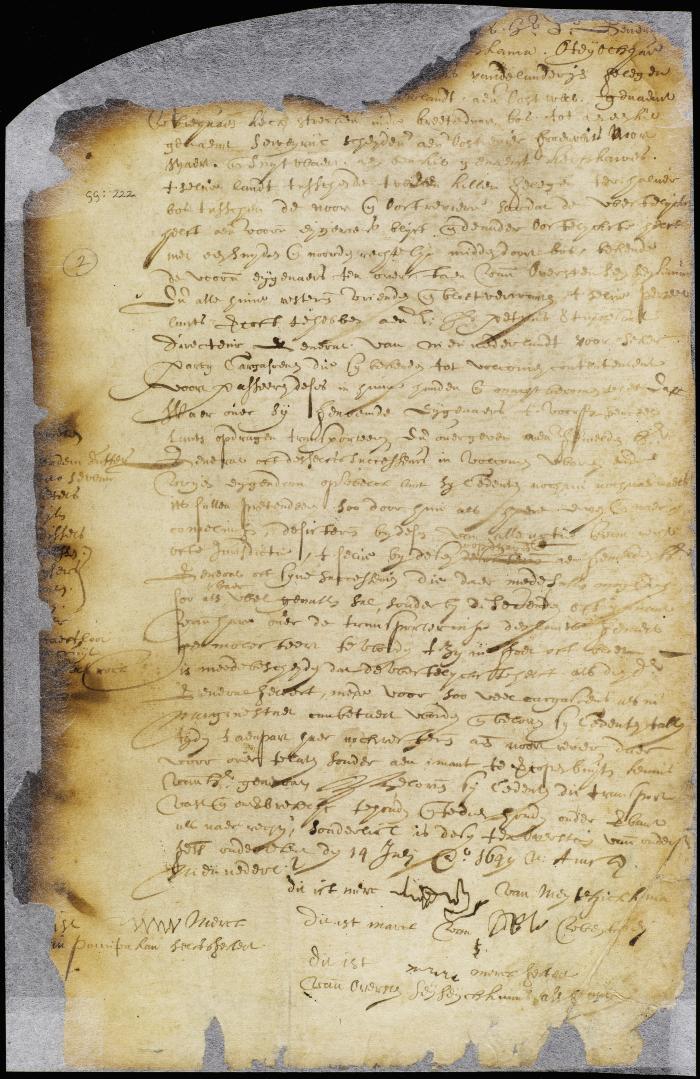 Share
Indian deed. Proprietors of the lands situate on the east bank of the North river, called Wiequaeskeck, extending in breadth through the woods to a kil called Seweyrue, which divides at the East river Greenwich northerly and southerly, [and] to a kil called Kechkawes, which land between the two kils runs to the middle of the woods between the North and East rivers, so that the west half remains to the above proprietors, and the east half, in a direct north and south line through the centre of the woods, is now conveyed to the director-general of New Netherland, with the right of preemption to the west half (Westchester county).
Transcript / Translation
Identifier
NYSA_A1880-78_VGG_0222
Date Original
July 14 1649
Language
Dutch
Source
New York State Archives. New Netherland. Council. Dutch colonial patents and deeds, 1630-1664. Series A1880. Volume GG.
Rights
This image is provided for education and research purposes. Rights may be reserved. Responsibility for securing permissions to distribute, publish, reproduce or other use rest with the user. For additional information see our Copyright and Use Statement