Saratoga Battlefield, Freeman House, the middle section of this house is believed to be the original structure that was standing at the time of the Battle of Saratoga 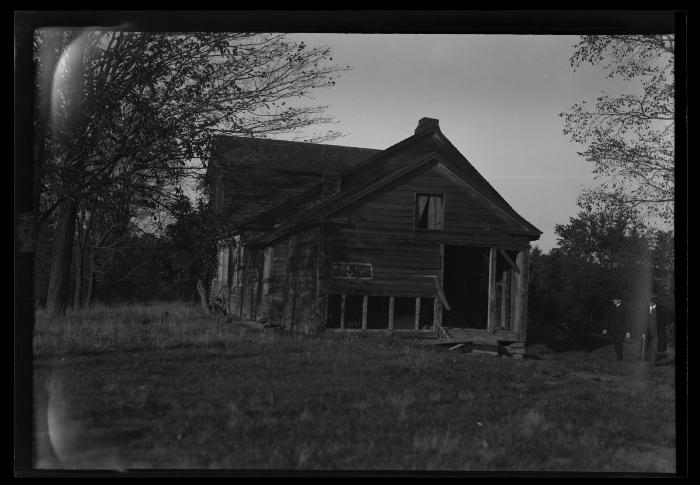 Share
Two men examine the remains of Freeman House, near where British troops were encamped during the Battles of Saratoga. The middle portion is thought to be the original structure standing during the battles. This photograph was taken at the 151st anniversary of the first battle at Saratoga, usually referred to as the Battle at Freeman's Farm. This battle, and the following battle three weeks later, is thought to be the turning point of the war. This image was created to record the historic site activities of the New York State Conservation Department.
Identifier
NYSA_14297-87_3607
Date Original
September 1928
Language
English
Source
New York State Archives, New York (State). Conservation Dept. Photographic prints and negatives, [ca. 1904-1949], 14297-87_3607.
Rights
This image is provided for education and research purposes. Rights may be reserved. Responsibility for securing permissions to distribute, publish, reproduce or other use rest with the user. For additional information see our Copyright and Use Statement