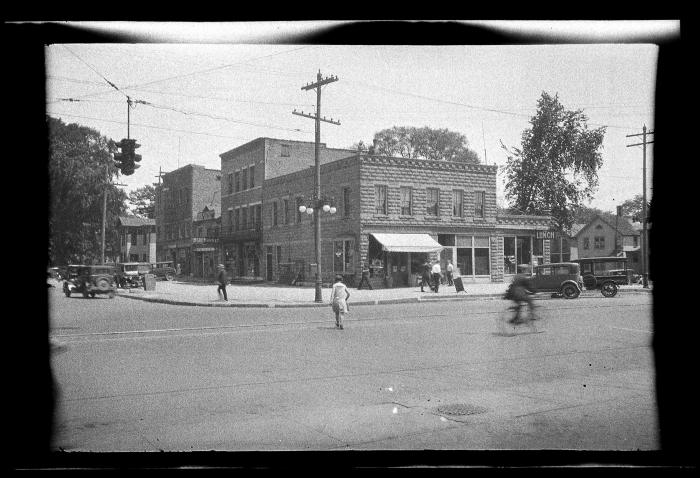 Share
Panorama of property on north side of Dominick St. and east & west sides of Spring St., Rome, NY showing American Legion property and property of Frank George, which have been suggested as possible sites for a museum at Ft. Stanwix. Nothing remains of Fort Stanwix, "the fort that never surrendered," at this site where it once stood. Fort Stanwix was constructed in 1758 during the French and Indian War in present day Rome, NY. During the Revolutionary War it was successfully defended by General Peter Gansevoort and his men against British forces under General Barry St. Leger. In was dismantled during the 19th century, but was declared a national monument in 1935 and reconstructed in the 1970s. This photo shows property that existed on the property before the area became a historic site. This image was created to record the historic site activities of the New York State Conservation Department.
Identifier
NYSA_14297-87_3690
Date
July 1929
Language
English
Source
New York State Archives, New York (State). Conservation Dept. Photographic prints and negatives, [ca. 1904-1949], 14297-87_3690.
Rights
This image is provided for education and research purposes. Rights may be reserved. Responsibility for securing permissions to distribute, publish, reproduce or other use rest with the user. For additional information see our Copyright and Use Statement