Supplemental Affirmation in the matter of Akil Al-Jundi, et al. vs. Estate of Oswald 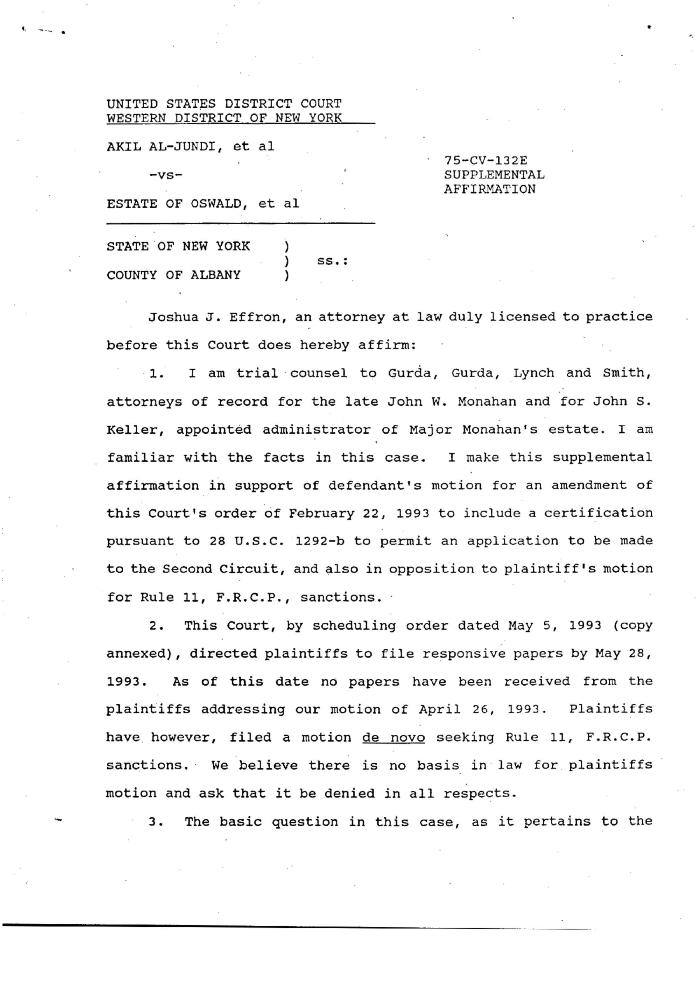