Notice of Motion for an Order in the matter of Akil Al-Jundi, et al. v. Oswald, et al 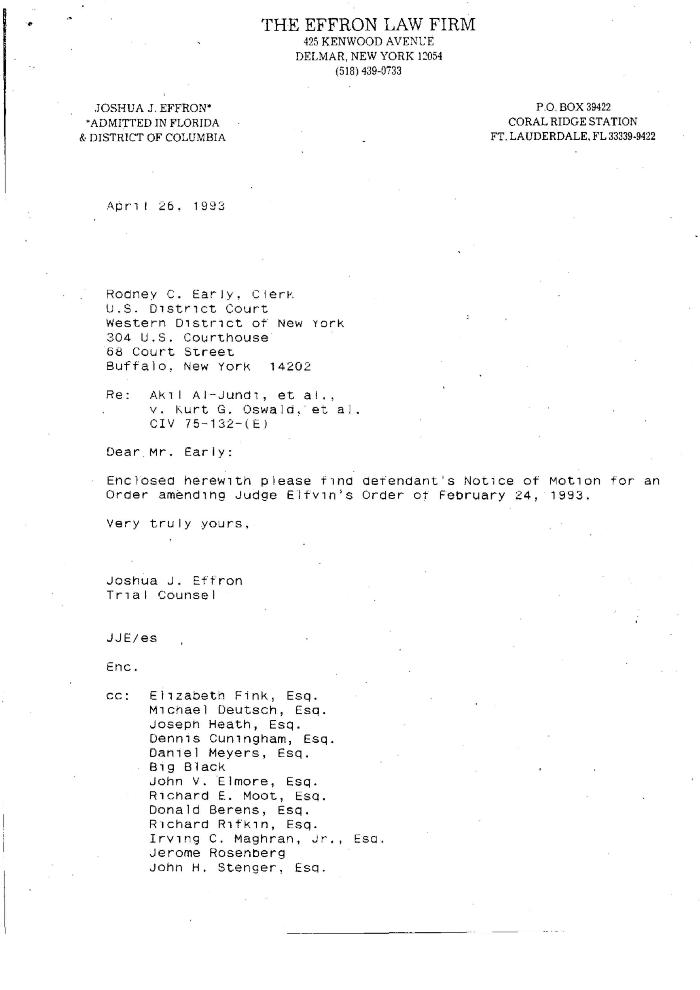