Affirmation of Richard E. Moot in Opposition to Plaintiffs' Motion for Recusal and in Further Support of Defendant Mancusi's Pending Motions for Dismissal in the matter of Akil Al-Jundi, et al. vs. Oswald 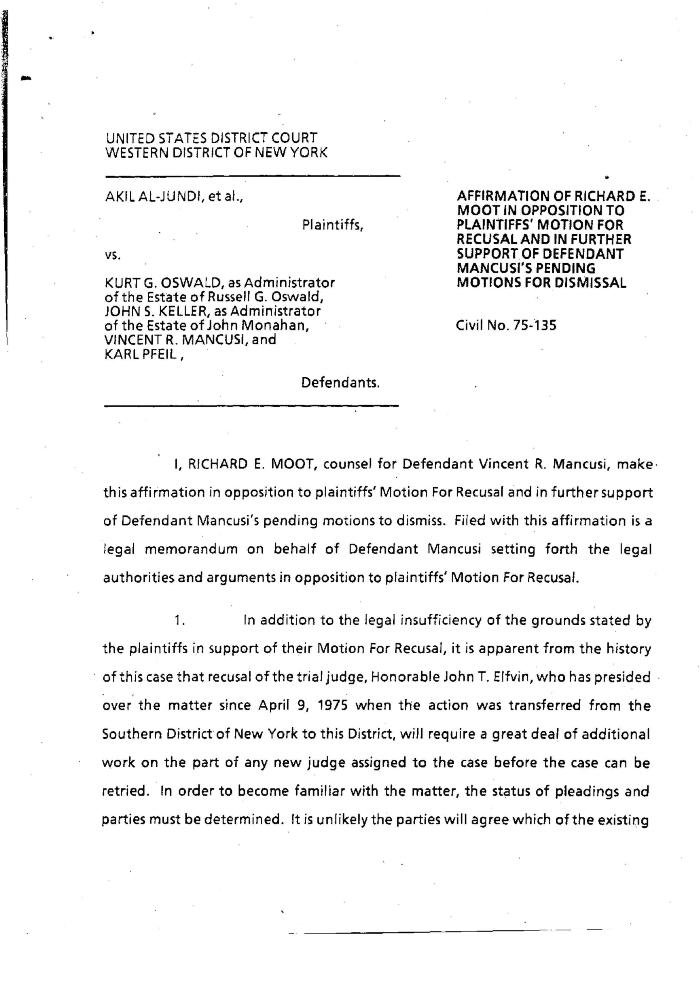