Notice of Motion in the matter of Akil Al-Jundi, et al. on behalf of himself and all others similarly situated against Estate of Oswald, etc. 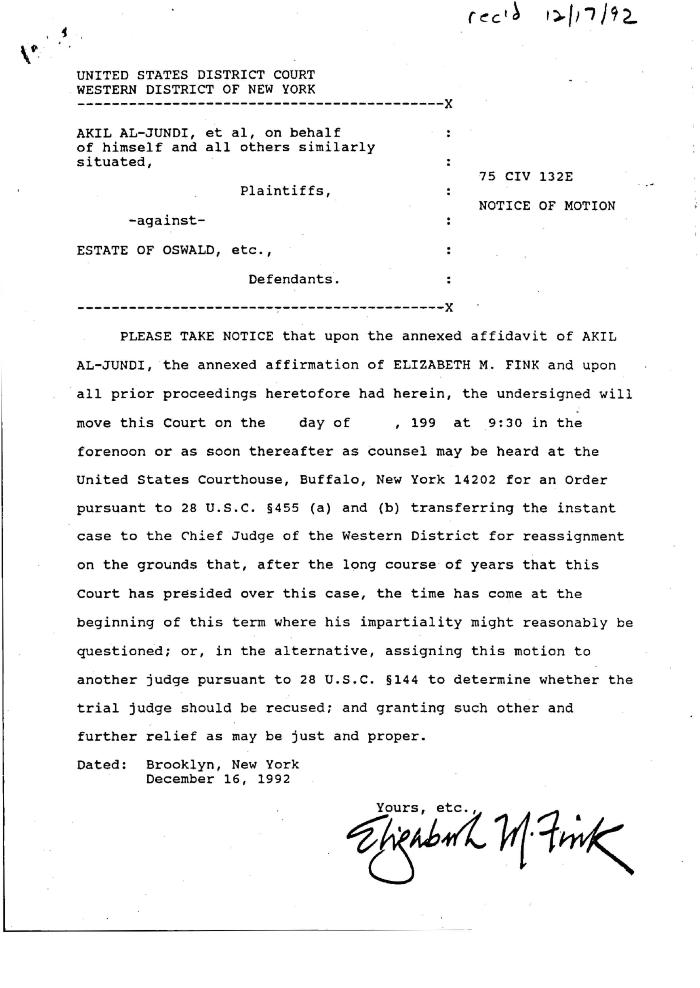